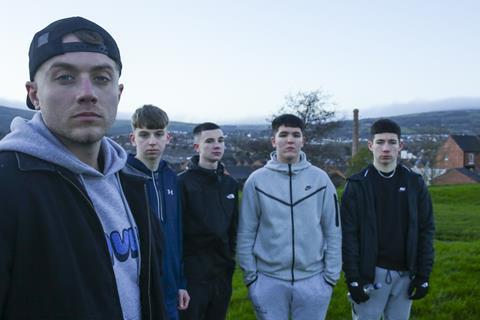 “This one-off documentary was important for the way it urged people, especially men who might feel awkward discussing their feelings, not to be afraid to seek or offer help.But it shied away from stating a harsh fact that might help pull people back from the brink: Suicide is not painless. It leaves a legacy of agonies.”
Christopher Stevens, Daily Mail

“This programme was a BBC Three production. The youth channel has form for unearthing fresh documentary talent - from Stacey Dooley to Professor Green, from Reggie Yates to Jesy Nelson. On the evidence of this impassioned and affecting film, Kemp has a promising career in factual TV ahead of him too. He was charismatic and funny but a good listener and refreshingly ego-free. This was a powerful look at a mental health emergency that’s in danger of scarring a generation. As Kemp kept reiterating, it’s OK to not be OK. Please just try to tell someone. As the closing title card said: “In memory of Joe.””
Michael Hogan, Telegraph

“The most heartbreaking moment in a film that served as a powerful act of bearing witness arrived when Kemp visited Lyons’ family. “My message to people who are in a dark place is to get help,” said Joe’s mother. “Please stay. Don’t go.””
Ed Power, The i

“These frontline diaries captured the exhaustion and the sleeplessness of people who couldn’t quit, because so many were relying on them. Among the Covid patients was children’s author Michael Rosen, who was placed in an induced coma. Rosen has written with heartbreaking openness about the death of his 18-year-old son Eddie from meningitis. By the bitterest coincidence, the man who saved Rosen’s life, Dr Hugh Montgomery, lost his son Oscar, 17, in a drowning accident while this exceptional programme was being made. The tragedy added another layer of unbearable sadness to a gruelling story.”
Christopher Stevens, Daily Mail

“It was in the dynamic between Montgomery and Rosen that gave the documentary its almost unbearable drama. One of the final scenes was of the two seated outside Whittington Hospital, trying to come to terms with what they had suffered though.
Ed Power, Telegraph

“We’ve had no shortage of Covid documentaries, each one important and worrying in its own way. Yet by the standards of these, Kevin Macdonald’s 2020: The Story of Us felt more like an emotional haymaker, and it was one of the best. It perhaps helps when you have an Oscar-winning director shaping the material, but the footage inside ICU units was uncommonly intimate — a glimpse of a war zone of wheezing ventilators and bleeping life-support machines.”
James Jackson, The Times

“Surprisingly the one thing the film lacked was a sense of peril. Grylls has in the past taken celebrities such as Stephen Fry and Miranda Hart on gasp-inducing treks. But Wilkinson is, at 41, still physically and mentally imposing and dealt with the challenges easily. He told us he had a fear of heights, for instance, but there was never a hint of nerves as he negotiated a sheer rock face. Despite the absence of adrenaline this was a thought-provoking hour in the company of two overachievers.”
Ed Power, The i

“Grylls seems to enjoy himself when he has a nervous celebrity sidekick in tow, particularly so with the England rugby great. And you have to hand it to Grylls: his army-barmy interview method — gentle mental and physical torture as a means to extracting revelations — can be every bit as effective as Piers Morgan’s shiny-floor approach. Out on the exposed terrain of Dartmoor, Wilkinson opened up about the stresses of his past and his concept of self, while being made to abseil off cliffs (despite having acrophobia), climb through crevasses (despite claustrophobia) and strip and lie in a freezing river (this he had form in, after years of rugby ice baths).”
James Jackson, The Times