Stath Lets Flats; The People Vs The NHS

“It’s early days and the laughs may not sustain a whole series, but it looks promising” 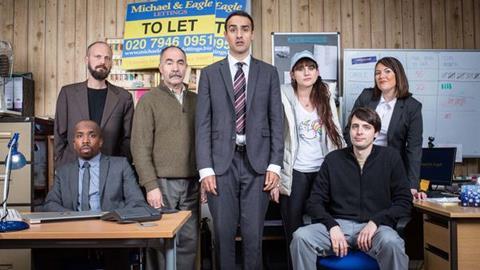 “It is fresh and, in an excruciating nails-down-the-blackboard way, quite funny. It’s early days and the laughs may not sustain a whole series, but it looks promising.”
Carol Midgley, The Times

“Like the Basil Fawlty of rentals, crossed with David Brent, incompetence drips out of Stath’s very being, but he is possibly that bit too thick to become a screen favourite.”
Elisa Bray, The i

“The situation is fresh, at least – not so much the estate agent part of it, and the tosser-typers therein, but north London’s Greek-Cypriot community. Plus, it’s a pretty accurate portrait of the capital’s ongoing housing crisis, where no amount of agent bullshit can hide the fact that a horrid hole costs stupid money.”
Sam Wollaston, The Guardian

The People Vs The NHS: Who Gets the Drugs?, BBC2

“The People Vs The NHS: Who Gets the Drugs? examined the recent, fascinating legal challenge by HIV charities and activists to make the NHS provide PrEP. It did so in such a serious, forensic and grown-up way that I can’t fathom why it needed those slo-mo dramatised sequences, which were a bit ‘show time’.”
Carol Midgley, The Times

Secrets Of The National Trust, C5

“This episode was packed with too much good material. Miriam O’Reilly had about three minutes to tell us about the Isolated Barone. Like social media, this historical gossip can become addictive.”
Christopher Stevens, Daily Mail