“It was an astounding piece of work” 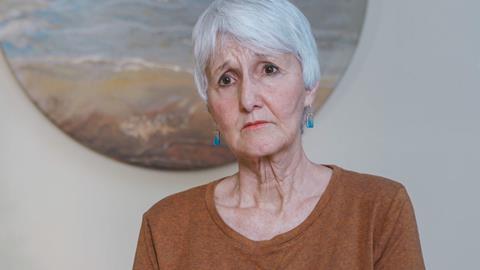 “Raising a School Shooter is a sure-footed documentary, as is to be expected from the Storyville stable. You could think of it as the other side of the pageantry this strange little island of ours is known for. We can dress up meaningless things beautifully and provide a stately spectacle with the best of them – but we can also strip meaningful things down and let them stand unadorned, unsentimentalised, and let their power speak for itself. That is what the best of our documentary strands do, and it is a skill and talent shown to some of its best advantage here.”
Lucy Mangan, The Guardian

“It was an astounding piece of work, most remarkable because of its handling of two all-encompassing, yet seemingly opposing forces: the horror of crimes like these, and parental love. The film had little interest in apportioning blame, or even in showing how to prevent these crimes from happening again. Instead, it told a different story – of those whose love was pushed to its limit, only to find that the limit did not exist. And it showed that, however difficult, redemption is possible.”
Barbara Speed, The i

“Raising a School Shooter introduced the parents of three teenage killers, but it was the mother of the Columbine shooter Dylan Klebold who gave Frida and Lasse Barkfors’s thoughtful, unsensational film its edge. Sue Klebold, whose son and his friend Eric Harris massacred 12 students and a teacher at Columbine High School in 1999 then killed themselves, had the eloquent wisdom of a woman who has suffered a great deal, learnt from it and made peace with the pain.”
Carol Midgley, The Times

“Few things could be more dull, you’d think, than watching a man unpacking his weekly shopping. A complete stranger dusting family photographs in silence. Or a middle-aged woman putting on her make-up. Raising A School Shooter consisted largely of these wordless vignettes, showing a mother and two fathers going on with their lives in the U.S. The film’s technique, of showing us people doing the most unremarkable things, gave us space to think about what they had said.”
Christopher Stevens, Daily Mail

“It looks pretty good - the furry monsters are well-rendered - and it’s warm-hearted (one of the characters is voiced by a twinkly Henry Winkler). But it is lacklustre. Bafflingly, it’s a workplace comedy. Note to Disney: children don’t go to work. They don’t care about office politics, or know what a facilities team is, and they’re not going to relate to lines such as ‘the metrics of your performance will be monitored by our humour gauge’.”
Anita Singh, The Telegraph

“Making a funny programme out of the need to be funny is always quite an undertaking, and the script here is unmistakably sub-Pixar where it needs to be very, very consistently Pixarian or better. Most of the jokes are painfully laboured or unlikely to appeal to children. It may improve. I hope so. There is plenty of potential here. But it needs another pass through the laugh factory.”
Lucy Mangan, The Guardian