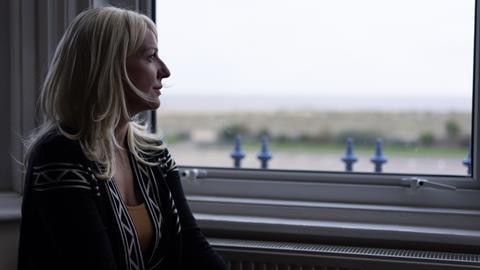 “Barbie MacLaurin’s film — following the parallel stories of Kelly and Hazel over a year, both reeling from being beaten up by their partners — was shocking in showing what actual terror looks like. Kelly’s whole body visibly shuddered. Interviewing them at home made it feel much more immediate than the vogue for studio interviewees staring directly into the camera against a black backdrop.”
James Jackson, The Times

“The whole thing was discomforting in the extreme, not least because it reminded you that there are likely to be a lot more domestic abuse cases out there than those currently reported. It might even be happening to someone you know. Kelly’s advice at the end was: “Just get out. You just need a little bit of encouragement.” Hopefully a film like this will have provided encouragement to someone, somewhere.”
Benji Wilson, The Telegraph

“The series remained steadfast in its determination to impress, and finding all the drama it needed in the possibility of an escalator not fitting, even though we knew it would in the end. I can’t imagine how little interest this sort of thing holds for someone who lives in, say, Wales.”
Tim Dowling, The Guardian

“Unlike many in – or on the fringes of – the capital, I have no skin in the Crossrail game so the constant delays to its completion do not anger me. This film, with its hyperbolic narration, overdramatised stress-music, and absurd undertone of peril, did.”
Sarah Carson, The i

“The Soon Gone series has shown, surely, that in the age of binge-watching and TV series expanding like bloated puffballs, there is a place for a punchy palette cleanser. You’d get more out of a single dose of Soon Gone than 14 weeks of MasterChef, for example.”
Benji Wilson, The Telegraph

The pop industry’s 39th annual back-slapping session came live from the soulless aircraft hangar that is London’s O2 Arena, hosted for the second year running by comedian Jack Whitehall. An ideal fit for this gig, Whitehall struck the perfect balance between slick compering and caustic wit. He showed up Joanna Lumley’s BAFTAs turn for just how shoddy it was.
Michael Hogan, The Telegraph