The Baby Has Landed; My Grandparents’ War 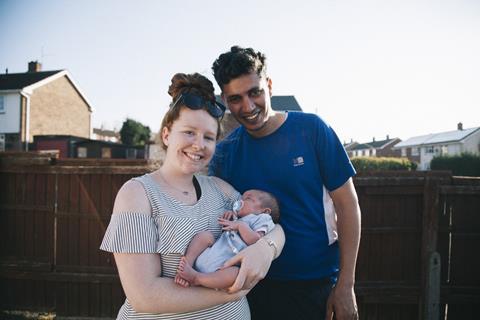 “The Baby Has Landed wasn’t groundbreaking television, but it was refreshing. There weren’t the contrived scenes that you tend to get with most documentaries; the cameras just recorded people saying random stuff as they said it, so the effect was charming, natural and funny.”
Carol Midgley, The Times

“Its strength was that it did not shy away from the awkward, difficult and, sometimes, funny realities of new parenthood. This no-holds-barred access offered a genuine picture of family life that felt rare in factual television – everyone in it was too stressed and tired to be performing for the camera.”
Barbara Speed, The i

“So far, it seems just about honest enough, but not brutally so. We see hints of discontent, gestures towards areas of conflict between the couples, but no full-throttle rows or tears. Birth, motherhood and fatherhood are sites of much that is wonderful and needs protecting, and much that is toxic rubbish that needs to be cleared away. I hope the next three weeks get the balance right.”
Lucy Mangan, The Guardian

“The Baby Has Landed was crying out for strong interviewing. This four-part series, studying the impact of a new arrival in the home, has chosen some fascinating couples. But there was no one to ask the awkward questions.”
Christopher Stevens, Daily Mail

“Helena Bonham Carter’s My Grandparents’ War was inspiring, moving, humbling and arguably her most important performance to date. Bonham Carter didn’t weep or wail, but let her ancestors be the stars of the show.”
Carol Midgley, The Times

“The actress was refreshingly free of theatrics – no tears, just genuine interest and the occasional bit of gallows humour. And it was a nice change to see a programme celebrate the slightly batty upper classes, a world in which grannies are called ‘Bubbles’ and childhoods are spent rolling around a chateau.”
Anita Singh, The Telegraph

“The brilliance of the stories rather begged the question: why didn’t these celebrities know all this already, given that most of these grandparents were there to be asked? Was some of Bonham-Carter’s shock and interest feigned for the cameras? My instinct, somehow, was no – we have perhaps all been guilty of failing to ask even the most basic questions of our parents and grandparents. This programme was a welcome reminder of how much there is to ask before it’s too late.”
Barbara Speed, The i

“She always looks posed, as though she knows she is being watched and is not displeased to be the centre of attention. To have such high-profile names is a coup, but the novelty of a genuinely famous face soon wears off. We needed more focus on the past, and less on the grande dame.”
Christopher Stevens, Daily Mail