The Drowning; The Mallorca Files; Craftivism: Making a Difference

“One of those snappy thrillers that will keep you watching right to the end, provided you suspend disbelief” 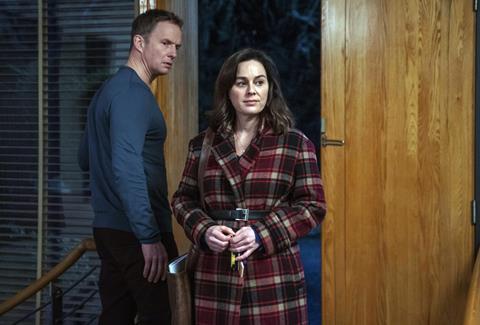 “The Drowning is one of those snappy thrillers that will keep you watching right to the end, provided you suspend disbelie. It’s a no-nonsense thriller, competently acted by its leads to keep us guessing. Of course, it could all go downhill from here and give us an unsatisfying, cop-out of an ending. But on current form it’s highly watchable.”
Anita Singh, The Telegraph

“The mystery is compelling enough – as soon as the setup is established, you know that you have to see how it all turns out. What makes The Drowning more than the sum of its narrative and plot twists is the weight of sadness it carries. I hope it doesn’t fall apart thereafter, but the whole thing seems to be in such safe, sensitive hands that I am going to abandon my usual caution and look forward to seeing where it goes and how.”
Lucy Mangan, The Guardian

“The Drowning is one of those daft-as-a-brush thrillers where six impossible things happen before breakfast, but, like Alice in Wonderland, you either buy into it and buckle in for the ride or bail out and watch something more credible instead. It must be doing something right, though, because I do want to know what happens and if Daniel-who-might-be-Tom is indeed her son, even though it’s already obvious that the denouement will be preposterous. It just will.”
Carol Midgley, The Times

“In the past few years, C5 has begun to venture – and invest – far more into original dramas. I enjoyed each of these and, thankfully its latest, The Drowning, is just as thrilling. Not much happened in the opening episode: the first half ambled glacially to a point of intrigue, but once there, The Drowning found its feet as a highly watchable case of (possibly) mistaken identity.”
Emily Baker, The i

“It’s all done on the lowest budget, with sets in houses that look like they were borrowed for a weekend’s filming while the owners were away. But the cast is strong, including Jonas Armstrong as Jodie’s brother and Deborah Findlay as her acid-tongued mother. The first episode ended on a cracking cliffhanger. Worth tuning in for the second instalment.”
Christopher Stevens, Daily Mail

“It’s a Mediterranean Death In Paradise. If you know the island, you’ll need no encouragement to watch. Every scene is set against the ravishing backdrop of harbour, beaches, mountains or elegant, ancient streets. Each murder is cunningly plotted, with twists that poke affectionate fun at the genre. Like the best of the Beeb’s other afternoon crime dramas, including Father Brown and Shakespeare & Hathaway: Private Investigators, it is better than most primetime shows.”
Christopher Stevens, Daily Mail

“Perhaps the BBC has relegated it to daytime because it thinks it’s too similar in tone to Death in Paradise. But at the risk of offending Ralf Little fans, I’d venture that The Mallorca Files is more entertaining than the current incarnation of its Caribbean cousin. The crimes are the sort you might find in Midsomer Murders and the plots are wrapping up neatly in the space of 45 minutes. It all goes down as easily as a cold beer on a Mediterranean holiday.”
Anita Singh, The Telegraph

“It was a lovely and gentle and, of course, ultimately well-meaning undertaking. Unfortunately, it was also rather dull. While the historical elements of the film, remembering the crafty work of the suffragettes and anti-slavery potter Josiah Wedgwood, were interesting (if brief), the documentary felt more like a series of segments from The One Show rather than an investigative foray into the merits of craftivism.”
Emily Baker, The i