The Family Brain Games; Thatcher; War on Plastic With Hugh and Anita

“An ingenious format, and one that quickly proved Dara’s theory about intellectual agility and age” 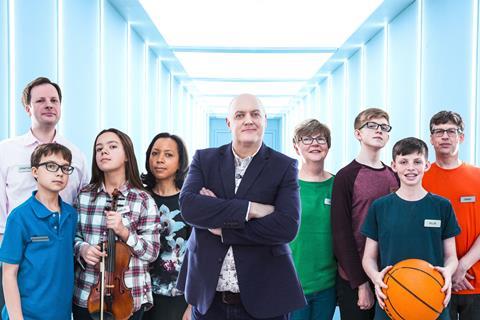 “It was a decent quiz show that passed my personal test (if I can answer a lot of the questions, it’s lame). What I liked about it, other than the children being far better than their parents, was that O Briain did not remain impartial. If the families could see their way to having a full-on screaming, blame-apportioning row, like my family would, I’d be much obliged.”
Carol Midgley, The Times

“It’s an ingenious format, and one that quickly proved Dara’s theory about intellectual agility and age. In most rounds, the children would have been better off if Mum and Dad had simply put bags over their own heads and stayed schtum.”
Christopher Stevens, Daily Mail

“The hour charted the familiar events leading to her downfall with a classy weaving of talking heads and judiciously chosen footage. An exceptional series.”
Carol Midgley, The Times

“The manner of her downfall is well-known, but what elevated this documentary was how it portrayed the turmoil of those involved. The ending brought home the pathos of her exit, as those who had been close to her considered how she struggled to adapt to no longer being in Downing Street.”
Asa Bennett, The Telegraph

“Impossible, still, to feel sorry for her if you were not already on her side, but thanks to the makers’ careful, comprehensive coverage and the even-handedness throughout, it was possible to detach yourself – at least a little – from the high emotion of the time and view her with a dispassionate interest that befits the subject.”
Lucy Mangan, The Guardian

War on Plastic With Hugh and Anita, BBC1

“The show is a mass of bits, like an overstuffed plastic bag. One minute Anita was marching into the offices of wet wipe manufacturers and getting no further than the reception desk, the next Hugh was washing his polyester fleece to count how many fibres it shed. We were bombarded with shocking facts but not many solutions.”
Christopher Stevens, Daily Mail