The League of Gentlemen; Abba: When All Is Said And Done; Birds of a Feather; Father Brown

”For everyone who was in the club, this revival will be like Christmas, even if that doesn’t sound right, biblically” 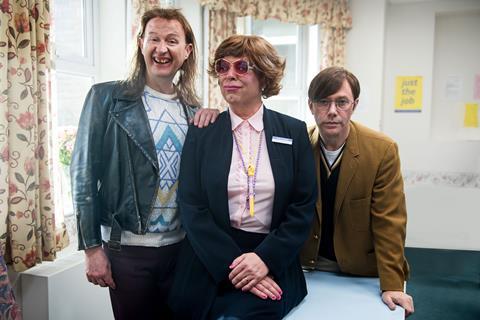 The League of Gentlemen, BBC2

Wicked, unrepentant and more horrifyingly relevant than ever, The League of Gentlemen remains in a league of its own.
Benji Wilson, Telegraph

Sketch comedy tends to be a young person’s game, but because The League’s characters always tended to belong in deflated and/or depraved middle age anyway, these three excellent performers are even better kitted out to play them now they are about 50.
Dominic Maxwell, The Times

The League’s new episodes remind us just how deliciously down-at-heel and thought-provoking its comedy can be.
Mark Butler, The i

For everyone who was in the club, this revival will be like Christmas, even if that doesn’t sound right, biblically.
Sam Wollaston, The Guardian

Abba: When All Is Said And Done, Channel 5

This low-key gem of a series succeeds because it never takes itself too seriously.
Christopher Stevens, Daily Mail