“Henry proved a skilled raconteur as he told tales of his Jamaican immigrant parents and Midlands childhood.” 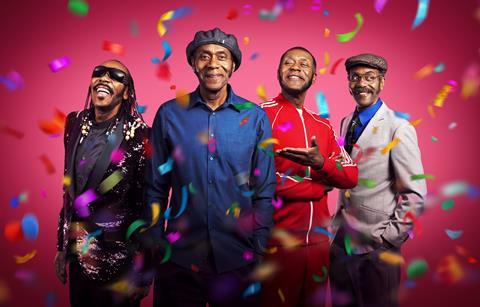 “I must confess I wasn’t much looking forward to The Lenny Henry Birthday Show. The last time he made me laugh was in Three of a Kind and Tiswas, in the early Eighties. Despite my doubts, I found myself thoroughly cheered and charmed. Henry proved a skilled raconteur as he told tales of his Jamaican immigrant parents and Midlands childhood.”
Michael Hogan, The Telegraph

“The energy he showed, as he talked us through the changes that have kept his career alive, was quite an inspiration. He performed the final soliloquy from Othello with all the fervour of a teenager at a make-or-break audition. Not that this was an unbroken hour of success. The finale, a YouTube-style video accusing TV producers of ignoring young black viewers, was a waste of primetime: teenagers don’t need a 60-year-old to champion their entertainment.”
Christopher Stevens, Daily Mail

“‘Why?’ is the question driving Dr Xand van Tulleken’s thoughtful and sensitive documentary about male suicide, which kills more men under 50 in the UK than anything else. What is ’conspicuously missing from this discussion is how toxic masculinity not only results in men killing women and other men, but in men killing themselves.”
Chitra Ramaswamy, The Guardian

“The strength of this much-needed programme lay in the quality of the testimonies. The case of Edward Mallen was breathtakingly tragic. This programme, meanwhile, showed that documentaries don’t need gimmicks, bells and whistles to be hugely affecting, just simple truth.”
Carol Midgley, The Times

“Dispatches: How to Lose Seven Billion Pounds should be repeated week in, week out, lest our memory and anger at what happened at Carillion fades. Liam Halligan did an excellent job of gathering an eloquent band of accusers to articulate the tale of the company’s failure while it sucked on a gargantuan teat of public money.”
Carol Midgley, The Times

“Despite his hammy inflections, presenter Liam Halligan told the sorry tale with righteous anger. The subject matter wasn’t terribly televisual but director Nick Tanner did his best, deploying time-lapse photography and a neat visual gimmick of showing interviewees in unguarded moments – fiddling with phones, sipping water, shuffling papers – to give a glimpse behind the investigative scenes. This was sobering, slightly scary viewing.”
Michael Hogan, The Telegraph

“The excruciating sitcom Hang Ups is almost unwatchable despite its stupendous cast. If the combined star-power of David Tennant, Charles Dance, Jessica Hynes, Stephen Mangan, Richard E. Grant, Katherine Parkinson and Celia Imrie can’t save a show, it must be a monumental stinker — and this is.”
Christopher Stevens, Daily Mail