The Robot Will See You Now; How to Spend It Well at Christmas with Phillip Schofield

“If the film didn’t bother exploring the implications of allowing a robot to rule your personal life, at least it was fun and wittily edited.” 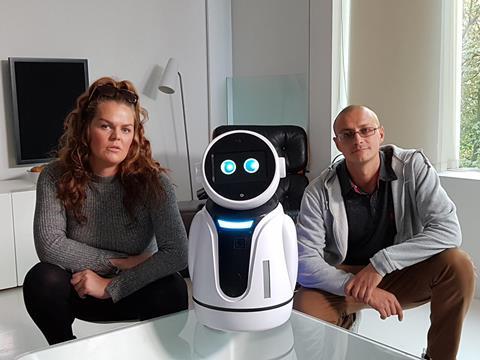 The Robot Will See You Now, Channel 4

“If the film didn’t bother exploring the implications of allowing a robot to rule your personal life, at least it was fun and wittily edited to make Jess’s reactions amusingly human. Until the end, when all those trying out Jess gushed about how she had improved their lives and the programme turned into a sinister corporate video from the near future.”
James Jackson, The Times

“Experts enthused about how brilliant Jess was, how empathetic, how cogent in her analysis of the problem. This is bunkum. The fact is that Jess could solve problems because her ‘patients’ were the sort of people who queue up to bare their souls on national TV and were as desperate as the programme makers to create some sort of resolution.”
Ben Lawrence, The Telegraph

“What’s most striking about this fascinating and slightly worrying programme is how quickly and readily everyone accepts her, and opens up to her, about their marriages, their differences, both petty and serious.”
Sam Wollaston, The Guardian

“Documentary The Robot Will See You Now tried to impress us with a digitoid gadget called Jess, a so-called ‘experimental robot’ that was ‘currently operated with human support’. In other words, a bunch of producers in a backroom were writing all Jess’s dialogue and operating it via remote control. That’s a con-trick as old as music hall.”
Christopher Stevens, Daily Mail

How to Spend It Well at Christmas with Phillip Schofield, ITV

“It’s not getting me into the spirit at all, I’m afraid. The opposite, it’s causing a bit of early-onset Ebenezers. I don’t want any of it, I don’t want to spend anything – least of all time – at Christmas with Phillip Schofield.”
Sam Wollaston, The Guardian

“With the frenzy of Black Friday sales the spirit of Christmas has entered an abyss of consumerism, and while this good-humoured guide felt oddly sweet and traditional by comparison, and with a healthy edge of scepticism, it also felt like further proof of that.”
James Jackson, The Times

“This consumer advice show was really just an excuse for Phil and a few celebrity friends to muck around with children’s toys. The children brought in to test the toys were quite happy playing with crayons and empty cardboard boxes.”
Christopher Stevens, Daily Mail