The Vicar Of Dibley In Lockdown; Inside Poundland; Red Penguins; Euphoria

“The Vicar of Dibley, even on two cylinders, is pure comfort knickers” 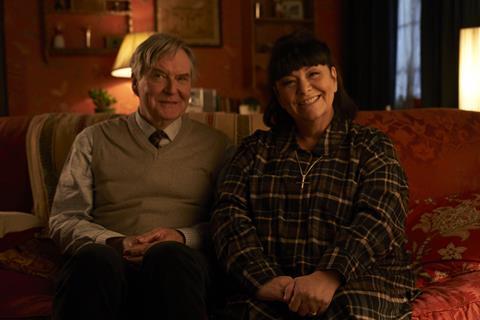 The Vicar Of Dibley In Lockdown, BBC1

“Thirteen years on, like a slacker Jesus, the Vicar of Dibley is back on my telly. The continuity people seem to have forgotten Gorgeous Harry existed, but he’s not important now. What is important is that the vicar has turned to video messaging her flock during this spring’s first lockdown. Geraldine is older, let’s hope wiser and wearing some floral top over her dog collar that needs to be taken outside and shot. Her Zoom backdrop also features a picture of Idris Elba, which is about the only thing countering the idea that her parish is an isle of white in diverse Britain. That idea gains credence from the fact The Vicar of Dibley was filmed in the Buckinghamshire village of Turville where other monocultural middle English shows (Midsomer Murders, Lewis, Marple) were shot.”
Stuart Jeffries, The Guardianr

“Dawn French as the Vicar is marvellously dry, so while brief, this tea break in her amiable company was comforting – pandemic or no pandemic, goings on in the village of Dibley remain reliably absurd (I laughed out loud on hearing that a parishioner wondered whether that two-metre rule applied to “a human and a young seductive frisky goat, for example”).
Sarah Carson, The i

“Old jokes might not always be the best but they’re the ones we love most. That’s what makes it such a pleasure to see Dawn French back as the Rev Geraldine Granger. That crack she made about how precious our children are (‘so sell them and buy a Porsche!’) has been doing the rounds since the days of King Herod Antipas … though the punchline back then was ‘buy a chariot’. But it’s still worth a chuckle.”
Christopher Stevens, Daily Mail

“It was in the now-familiar modern conceit of the Zoom-based TV show, so it lacked the knockabout zest and repartee of the original because French was mainly flying solo. No one’s fault; these are the limitations of a laptop. It’s a difficult comedy to do mostly in monologue, but French always delivers. She is one of the safest pair of hands in TV and can bounce even the lamest script to life. And The Vicar of Dibley, even on two cylinders, is pure comfort knickers.”
Carol Midgley, The Times

Inside Poundland: Secrets from the Shop Floor, Channel 4

“There’s no escaping that these docs are formulaic and none of them are ever as good value as the sitcom by which they are inspired (The Office, obviously). Still, Inside Poundland evoked much-missed workplace rapport and also featured both great comic characters (I particularly enjoyed the girls on customer services, dealing with complaints about cashew shortages in the mixed nuts) and a narrative arc (can Poundland change its image?) and left you with much to consider about consumer snobbery. Though I expect it’ll be a while before they give The White Company a run for their money.”
Sarah Carson, The i

“It was amusing, light-relief stuff in which we saw how, while other shops wilt in hard times, Poundland thrives, but like all such shows it was just a prolonged advert, for which the managers must be cock-a-hoop. We also learnt that a customer complained after her mother defecated on the floor of a store. Eh? Shouldn’t it have been Poundland complaining, not the other way round?”
Carol Midgley, The Times

“The film-makers seemed to imagine they had uncovered an extraordinary story of naïve entrepreneurs and devious communists. In fact, this was just a tacky tale about some chancers from the U.S. hoping to exploit an undeveloped market. They ran into problems with corruption and Moscow gangsters that were entirely predictable.”
Christopher Stevens, Daily Mail

“The US teen drama is rarely a barrel of laughs, so the idea that it would put out two festive specials this year was a little incongruous. With its nihilistic teenage attitudes and themes of addiction, depression and loss, it is hardly primed for seasonal cheer. Still, there was always a chance that it would surprise us. There is tinsel in the late-night diner, after all … “To tell you the truth, drugs are probably the only reason I haven’t killed myself,” announces the 17-year-old addict Rue. And a partridge in a pear tree?”
Rebecca Nicholson, The Guardian