The Watch; I Am Danielle; Modern Love

“The world of Ankh-Morpork is vividly created, but nothing that happens in it is in the least bit compelling” 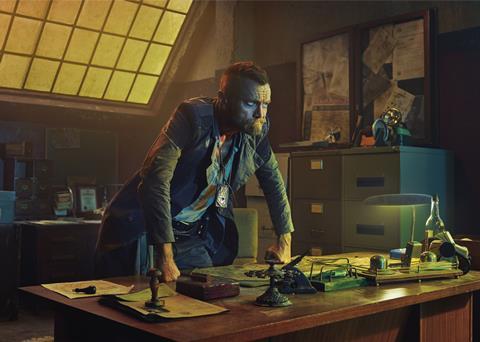 “In trying to channel Pratchett’s love of whimsy, irony and bad jokes, it ends up a complete tonal hash. Vimes is a lead who Richard Dormer plays like a cameo, his face contorting like he’d bitten into a stealth chilli. The world of Ankh-Morpork is vividly created, but nothing that happens in it is in the least bit compelling.”
Benji wilson, The Telegraph

“BBC America’s ill-conceived adaptation fails hopelessly. It takes the antics of a drunken police force in the fictional metropolis of Ankh-Morpork and tries to transform them into an action-packed crime series. The result is disjointed, unbalanced, boring and so pretentious it’s cringeworthy.”
Christopher Stevens, Daily Mail

“In fairness, this kind of sci-fi fantasy lark isn’t my bag, but I know that Pratchett was a great talent and this sells him short. Indeed, to a newcomer like me the first episode felt like a random, cobbled-together mess lacking cohesion or anything that felt like a heart. It did improve in episode two with an injection of desperately needed humour and a light-touch turn from James Fleet as the Archchancellor of Unseen University. Yet at times it still felt like an upper sixth form production with all the budget spent on a bizarrely starry cast.”
Carol Midgley, The Times

I Am Danielle, Channel 4

“I assumed it was panning out as the story of a slightly uptight young woman who had perfectionist romantic expectations of men, refused to let her guard down and got on her best friend’s nerves. But I Am Danielle was a slow-burner (sometimes too slow) and, with the mesmerising Letitia Wright in the lead role, evolved into something else. Wright was compelling, although the story didn’t quite pack the dramatic punch of last week’s offering starring Suranne Jones.”
Carol Midgley, The Times

“It didn’t feel as if there was much in the way of chemistry between Letitia Wright and CJ Beckford, which in a film that set out to anatomise relationship chemistry has to go down as a defect. Mostly though, I think this was just the wrong story for this format. Stuff has to happen in TV drama. A plot arc shaped like a sine wave isn’t enough.”
Benji Wilson, The Telegraph

“Amazon’s anthology of standalone half-hour romantic dramas based on the New York Times column of real stories feels like a format that could scrape soft barbs across your soul at any moment. Watching the second season make another eight stuttering attempts at the sublime, though, is to experience how rarely stars align. That zone between glorious fantasy and saccharine indulgence is fearsomely narrow. Will Modern Love ever get there? It needs to drop its kooky mannerisms, perhaps be less hung up on A-list performers, and be brave enough to spend 30 minutes saying something pure with its whole chest. Until then, the search goes on.”
Jack Seale, The Guardian