What’s The Matter With Tony Slattery?; The Queen: Inside The Crown 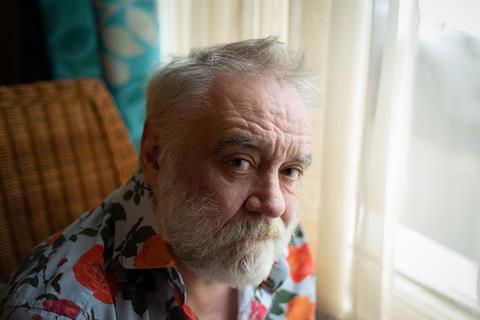 “When you think of Tony Slattery, it’s most likely in Whose Line Is It Anyway?, the Channel 4 improv show that everyone seemed to watch in the late 1980s and early 1990s. He was daring and quick-witted and handsome, and he somehow stood apart from the rest. For a while he was everywhere and then he wasn’t, until a couple of years ago when he began giving interviews again and the sad story emerged. Drugs, drink and mental illness had blighted Slattery’s life. He attempted to unravel this and to find a way to get well. It was a brave film to make.”
Anita Singh, Telegraph

“Shuffling and slurred, 60-year-old Slattery was unrecognisable from the debonaire performer of 30 years ago. Scarred by sexual abuse in childhood, burned out by mood swings and cocaine addiction, he was alive thanks only to the saintly dedication of his partner, Mark Hutchinson. Whatever the matter had once been, it was obvious from the outset that Slattery was racked with alcoholism. Watching his evasions as he struggled to disguise the extent of his drinking was agony. He and Mark were brave to make the film. May it help others who see it.”
Christopher Stevens, Daily Mail

“As a study in the complexity of mental health issues it is very well done, affirming only the certainty that – as Slattery’s friend from university days Stephen Fry pu it: “All the ways people deal with pain if it is undiagnosed are dangerous.” But it is most affecting as a portrait of the power of love. Mark Hutchinson is Slattery’s partner of 32 years. He is honest and clear-eyed about the difficulties, the toll it takes – and remains unshakeably devoted. He takes occasional respite holidays at his brother’s house and that’s it. You would say that they clearly love each other to death, were it not so clear that Hutchinson’s unwavering support is probably what has enabled Slattery to stay in the world for this long.”
Lucy Mangan, The Guardian

“Claire Richards’s heart-rending but bleakly mesmerising documentary (part of the Horizon strand) benefited from the astonishing openness of Slattery, who appeared to be almost permanently drunk (although that might also have been medication), gurning and slurring, at one point falling flat on his face after clowning about with a scissor mop, still performing for laughs. I don’t think we ever saw him openly drinking. Perhaps he wasn’t keen on being a performing seal for the viewing public. Possibly he felt ashamed.”
Carol Midgley, The Times

Behind the scenes: What’s The Matter With Tony Slattery?

The Queen: Inside The Crown, ITV

“It was not afraid to dive into the archives and emerge with some shockers from the past. The Mail’s Robert Hardman uncovered the speech written for the Queen in 1983, in the event that Britain was driven to the brink of nuclear war with the Soviet Union. It was chilling, couched in the calm and comforting language of a Christmas Day broadcast, but signalling the end of the world: Britannia’s last salute.”
Christopher Stevens, Daily Mail