Winter Walks; The Princes and the Press; Sucession; Along For The Ride With David O’Doherty 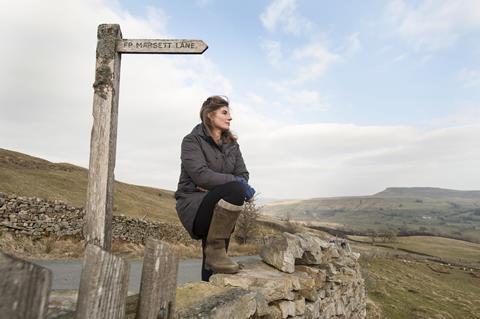 “Owen was perfect company for this stress-busting 30-minute ramble (future instalments will feature Alastair Campbell, Kate Bottley, and Nihal Arthanayake)… The vast, lonesome landscape contained so much visual majesty Winter Walks could have easily been enjoyed with the sound down…Her understated enthusiasm had an infectious quality: it was hard not to agree as she pointed out: whether your day job involves tending sheep, talking on Zoom or doing the school run, a contemplative trek can be a balm for the soul.”
Ed Power, The i

“This returning series, part of that trend for so-called slow TV, is strangely addictive, whoever our walking companion is. The squelch of mud, the sound of wind smacking against windbreaker, the sheer rosiness of cheek and breathiness of breath…. But sitting at the top of a hill, clutching a flask of tea, looking at fossils and a Roman fort and momentarily losing track of time, is sometimes all you need. It might even have the same calming effect on someone else due a bout of what William Wordsworth called “tranquil restoration” in tonight’s episode: Alastair Campbell.”
Ben Dowell, The Times

”One of the pleasures of BBC4’s version is the occasional caption that pops up, to identify birds, animals, trees and even fossils glimpsed along the way.”
Christopher Stevens, Daily Mail

The Princes and the Press, BBC2

“I can see what Rajan was trying to do here. He wanted to make a smart programme turning the spotlight on the media. But when the subject of the media coverage is the Royals, the programme itself becomes part of the gossip cycle. ”
Anita Singh, The Telegraph

“Last night was an object lesson in being careful what you wish for. Not that it wasn’t another brilliantly executed masterclass of writing and performance. It was just agonising to watch.”
Ben Dowell, The Times

Along For The Ride With David O’Doherty, Channel 4

”This week the comedian and cyclist was enjoying the Brecon Beacons with Grayson Perry. Enjoying is probably the wrong word. Grayson, jaunty and personable as a solo presenter, is too competitive to thrive in a double act. He needs to dominate the conversation, which is fine when he is reminiscing about how he nearly joined the Army as a teenager or discussing the years of therapy he needed to undo the trauma of his parents’ divorce. When David was talking, though, Grayson seemed too bored to reply. He was at pains to show how unimpressed he was by the Welsh landscape, as though the patchwork meadows and waterfalls were too conventionally pretty for his artistic sensibilities. The pair were reduced to blokeish banter, just for something to say.”
Christopher Stevens, Daily Mail