You Don’t Know Me; Doctor Who; Michael Crawford: Some Mothers Do ’Ave ’Em 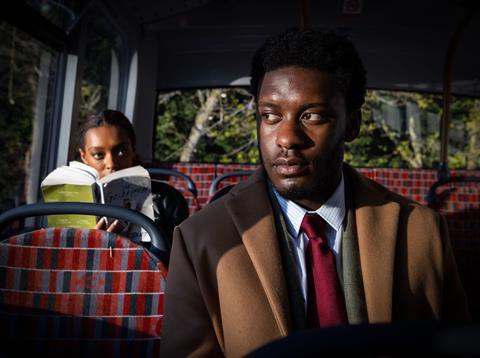 “You Don’t Know Me doesn’t go anywhere near [Vigil’s] ludicrous twists and turns. But even when things do get outlandish – I’ve seen all four episodes, so can tell you that the plot does start tying itself in knots further down the line – the drama is anchored by Adewunmi’s utterly believable performance as a desperate man at the mercy of events.”
Anita Singh, The Telegraph

“While such moments felt somewhat patronising – must a protagonist have been pure as the driven snow in order to be sympathetic? – You Don’t Know Me invited us to examine our own criteria for guilt, innocence, and the positions from which we leverage them. As such, this first episode was working hard to teach a lesson – that pushed hard enough, even the most virtuous of us would break the law – as well as tell a story. Sometimes, the latter felt sacrificed on the altar of the former – luckily, Adewunmi and Wilde’s performances (not to mention chemistry) redeemed this drama’s script.”
Emily Watkins, The i

“What’s clever about the way You Don’t Know Me is set up is that we are never allowed to shake off our nagging suspicions about Hero. Even his name comes with the implication that he might not be one. Why has he saved this testimony until the end? If he is truly innocent, surely he would have made his case to his barrister before now. Is this simply a final act of desperation from a man trying to get out of a life sentence? Either way, his story keeps you watching. The supporting cast are uniformly strong, especially Nsengiyumva as a gangster with a few surprises up his sleeve, but the whole thing revolves around Adewunmi. He is in practically every scene, walking the line between trustworthy and suspicious. It is testament to his warm, canny star performance that we keep guessing.
Ed Cumming, The Independent

“On paper this sounds naff and cheesy, but in Edge’s hands it wasn’t…But as a dramatic device, switching between Hero on his feet in court and the events of the recent past as he tried to find his missing girlfriend… it was fresh and engaging with — glory be! — believable dialogue. Adewunmi had a lot of solo heavy lifting to do here and he did so effortlessly…lowly and plausibly this drama shows how things aren’t always as they seem.”
Carol Midgley, The Times

“You Don’t Know Me is less than convincing. I do not believe there is a sweet love story behind every drugs gang shooting — however comforting it might be to believe that. But Adewunmi makes Hero warm, gentle and hugely likeable.”
Christopher Stevens, Daily Mail

“With so many plot threads up in the air, it helped to have the Doctor to lead and anchor most of them, but that didn’t prevent this finale from often feeling like a fast and frantic mess. The quick rhythm gave the impression of something important and exciting but ultimately didn’t add up to anything hugely interesting. It was like being machine gunned by middling sci-fi nonsense. The chief issue of the series – and indeed the latter stage of Chris Chibnall’s run – is the writer’s obsession with exploring the origins of the Doctor. She is from another universe, we’ve been told. She was adopted. She was the original Time Lord. Rather than add depth to the character it strips the Doctor of a magical sense of mystery, replacing the boundless limits of your imagination with an updated Wikipedia page.”
Stephen Kelly, The i

“Flux has revelled in its own confusion, but while some bits in the middle feel like a hazy blur (the less said about episode three, the better), the pay-off is largely satisfying.
Isobel Lewis, The Independent

“Chibnall had so many loose ends to tie up, the Doctor being in three places at once felt like a logistical necessity, rather than a creative decision. As Doc conversed with Doc, she was essentially spouting plot exposition at herself, as if this was a script workshop rather than the finished product.A shame, since there was some witty dialogue buried amid the labyrinthine narrative.”
Michael Hogan, The Telegraph

“[Crawford] came across as hugely likeable — if a bit of a diva, as his friend and colleague Arlene Phillips assured us he could be…Barbra Streisand, who starred opposite a 27-year-old Crawford in Hello, Dolly!, didn’t appear, but perhaps she hasn’t mastered Zoom…as well as generous clips of those jaw-dropping stunts in Some Mothers, more than made up for her absence.”
Christopher Stevens, Daily Mail