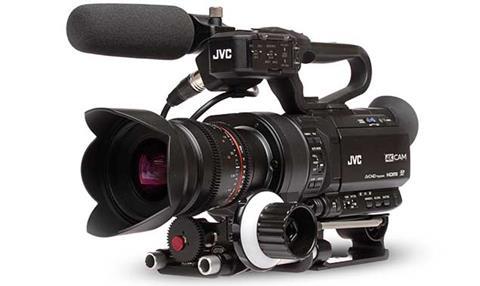 Available via version 4.0 firmware, the update affords increased colour resolution to 4:2:2 in 4K mode recording at 24/25/30p, Capture is done to onboard to SDXC media cards.

The update also expands Ultra HD (3840x2160) output to include 50/60p via HDMI and improves the IP remote function to allow remote control and image viewing in 4K.

The GY-LS300 works with the Ninja Inferno and Shogun Inferno monitor recorders from Atomos, triggering recording from the camera’s start/stop operation.

“Seamless integration with the new Ninja Inferno will help deliver 50/60p to our customers and allow them to produce outstanding footage for a variety of 4K and UHD productions.”

Also on show will be JVC’s PTZ cameras including the KY-PZ100, a robotic production camera that now works natively with NewTek’s TriCaster multi-camera video production system.