“There are twists and turns aplenty, and the robbery-gone-wrong that begins the episode is a masterclass in tension.” 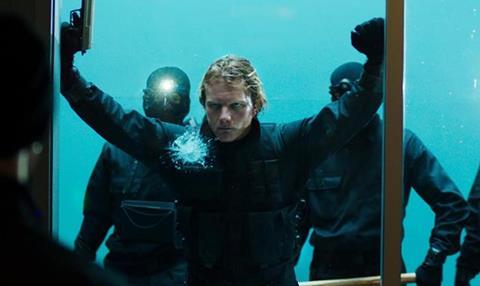 “If it sounds slightly ridiculous, well, it is. Yet the parts are played with such earnestness, and so assuredly, that it is entirely convincing. There are twists and turns aplenty, and the robbery-gone-wrong that begins the episode is a masterclass in tension.”
Rob Epstein, The i

“It’s bloody, and tense, subversive, underground in every sense. Ravn is an intriguing character, angry and troubled, full of secrets. Meanwhile, the Oslo T-bane trains rumble by … Yup, I’m getting on, for the ride.”
Sam Wollaston, The Guardian

“Valkyrien was one of those dramas whose chronological jiggery-pokery sometimes felt designed to disguise deficits in plotting and characterisation, but it came together in the end, summoning a palpable sense of the paranoia induced by operating on the edges of society that you never got in, say, The A Team.”
Gabriel Tate, The Times

“To get the full benefit of Valkyrien it’s probably safest to switch your incredulity reflex off at the mains and consent to be pelted by some of Nordic noir’s more high-falutin’ absurdities.”
Jasper Rees, The Telegraph

“It’s claustrophobic and the very opposite of the big skies empty wilderness stuff we’ve come to expect of Scandi-import shows. In that sense, it’s a nice change.”
Matt Baylis, Daily Express

“This astonishing business featured a barely believable supporting cast, including Charles Aznavour’s son and Kim Jong-un’s other brother, the mysterious Eric Clapton-obsessed Kim Jong-chul. Yet it was merely a Trojan horse for a forensic and fascinating analysis of the Kim family’s internecine squabbles and parallel ‘royal economy’.”
Gabriel Tate, The Times

“With its unvarnished CCTV footage and expert analysis from spooks and wonks, this was a riveting forensic account of that audacious hit executed by two apparently clueless showgirls, with a contextualising life story of the unfortunate Kim Jong-nam thrown in.”
Jasper Rees, The Telegraph

“This timely This World documentary picks apart the incident. And it’s absolutely riveting. As everyone who contributes says, it is exactly like something from a spy thriller.”
Sam Wollaston, The Guardian