The GTC has handed its annual Television Cameraman’s Award (TiCA) for 2010 to Bill Vinten, the youngest son of William Vinten the founder of the camera-support manufacturing company. 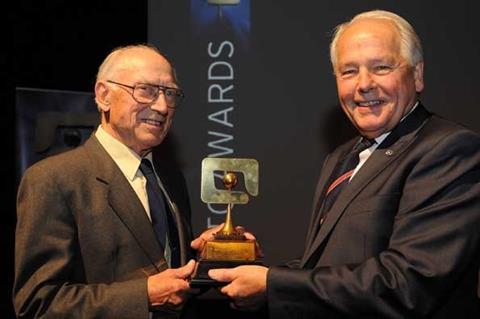 The award is given for fostering and improving the art and craft of the professional television cameraman.

GTC chairman, Graeme McAlpine said: “The TICA award is the Guild’s biggest accolade. Vinten’s innovative products have undoubtedly changed the world of broadcasting. The family and the company have provided cameras and cameramen with 100 fantastic years of support”.

Vinten himself dedicated the TiCA to all of the company’s employees for their hard work over the years, and their contribution to the company’s success.

Other GTC award winners on the night included steadicam and camera operator John Hembrough who was recognised for his work on the BBC drama Desperate Romantics.

The 37th annual Guild of Television Cameramen Awards event was held at the British Film Institute, London, on 28 September 2010.