Vitec Group companies will head to IBC next week with their fingers crossed for a great show after the British plc posted a 41% fall in profits for the first half of its financial year. 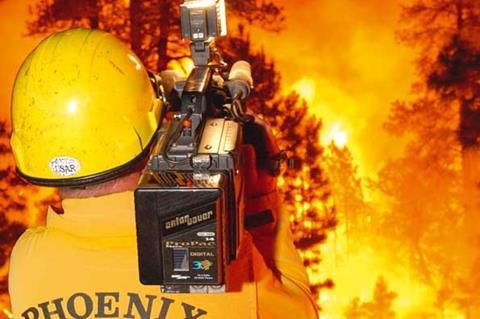 With numbers that reflect the “extremely difficult” conditions in the broadcast and entertainment markets, the camera and lighting equipment company made a pre-tax profit of £10.2m. That compares with £17.3m for the corresponding period last year.

Chief executive Stephen Bird blamed the drop on a 35% reduction in spending by broadcasters and said he was confident that the company would come out of the recession stronger.

“There’s been a swift and dramatic decline,” he said. “Hopefully we have reached the bottom, [although] there will be no major upturn in 2009. We have identified and committed to further efficiency measures that will deliver an improved second-half performance. Based on this, together with Vitec’s outstanding products, brands and strong market position, as well as its robust balance sheet, the board is confident in  the group’s ability to weather the current challenges.”

Bird pointed to savings of £22m that will be secured this year through redundancies and cost-cutting measures.

Overall first-half revenues were up 1% to £161m, but down 19% when favourable currency movements were taken out.

Undeterred by the results, the company’s broadcast systems division will still exhibit at IBC in Amsterdam, albeit with a smaller presence than in previous years.

The Vitec booth will be used to highlight its Anton Bauer, Autoscript, Litepanels and Clear-Com  brands, while a separate area will showcase its Nucomm microwave video products.