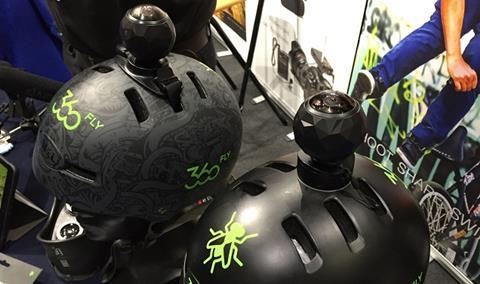 The golf ball-sized device is described by its manufacturer as having “the world’s widest single-lens field of view”, with a 360-degree horizontal and 240-degree vertical field of view.

The CMOS sensor captures 1504x1504 resolution images while a three-axis sensor and accelerometer adds data for use in VR applications.

The camera has internal, SSD memory of 32GB and a built-in battery that provides up to two hours of usage, Voxx said.

The camera has WiFi and Bluetooth connectivity, while an iOS or Android app allows users to control the camera and adjust settings such as exposure and aperture and replay footage.