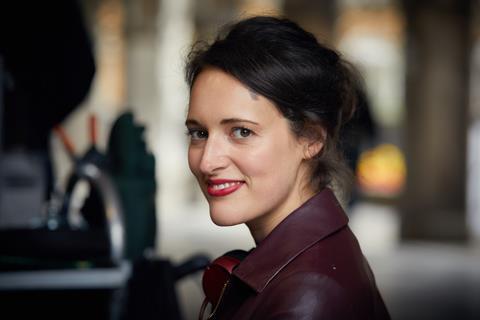 Fleabag creator Phoebe Waller-Bridge,  QI host Sandi Toksvig and documentary director Norma Percy are among the winners of this year’s Women in Film and TV Awards.

Waller-Bridge will be awarded the ScreenSkills Writing award today for her body of work, which includes BBC2’s Fleabag, Channel 4’s Crashing and BBC America’s Killing Eve. Judges said the writer/performer “strives to create characters who defy feminine stereotypes in TV, and in the process has made global audiences fall in love with them”.

Meanwhile, US-born documentary film-maker and producer, Norma Percy will receive the Argonon Contribution to the Medium Award for her TV series, which include Inside Obama’s White House, The Iraq War, Putin, Russia and the West and Iran and the West.

The BBC News and Factual Award goes to Deeyah Khan, the documentary film-maker who founded Fuuse, a media and arts company that puts women, people from minorities, and third-culture children at the heart of telling their own stories.

Women in Film and TV Awards: Winners in full

The ITV Studios Achievement of the Year Award
Jameela Jamil

The Argonon Contribution to the Medium Award
Norma Percy