War and Peace starts with over 6m

SUNDAY: BBC1’s flagship period drama War and Peace reeled in over 6m viewers, twice as many as ITV’s Beowulf – as Channel 4’s German-language thriller Deutschland 83 started confidently in a busy night for drama. 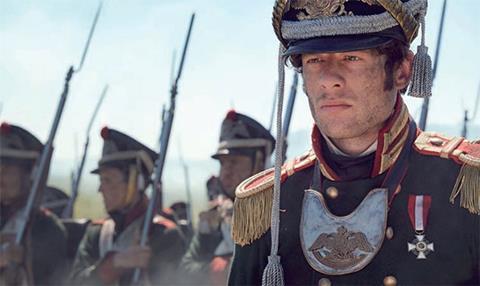 However it was unable to match the broadcaster’s last big period drama, Poldark, which opened with 6.9m (29%) in March.

Opposite, Channel 4’s Deutschland 83 became the second most-watched foreign-language drama since 2002 after 1.5m (6%) tuned in.

Earlier in the evening, ITV Studios’ family drama was well down on the channel’s previous tea-time series, Jekyll & Hyde, which opened with 3.5m (16.1%) on Sunday 25 October in a 6:30pm slot.

Mammoth Screen’s Inspector Morse prequel returned for a third series with 1m fewer viewers than its last run, which opened with 5.9m (26%) in March 2014.