TV Critics: Who Should We Let In?; Killer Women with Piers Morgan

“Hislop is on razor-sharp, twinkly-eyed form, reminding us that it was not ever thus.” 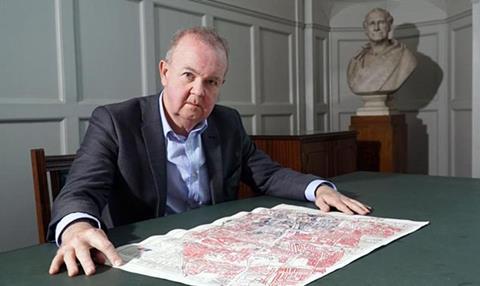 Who Should We Let In? Ian Hislop on the First Great Immigration Row, BBC2

“A timely and oddly jovial examination of how our views on immigration were shaped, or rather warped, around the turn of the last century. Hislop is on razor-sharp, twinkly-eyed form, reminding us that it was not ever thus.”
Chitra Ramaswamy, The Guardian

“Liberal-baiting battleaxe Katie Hopkins will doubtless steal headlines for her typically toxic appearance – causing a stir is, after all, the tiresome professional troll’s job – but it would be a shame if Hopkins overshadowed what a thorough and thoughtful film this was.”
Michael Hogan, The Telegraph

“By scrutinising the historical background, the Private Eye editor and Have I Got News For You mainstay pleads for a compassionate and intelligent debate. But the political commentator gets neither compassion nor intelligence when he interviews Katie Hopkins about her acerbic rhetoric towards immigrants.”
Finlay Greig, The i

“As a documentary-maker, his jokiness can get in the way. Interviewing Katie Hopkins, Hislop eschewed face-pulling in favour of quiet, civilised irony, and it worked brilliantly.”
Andrew Billen, The Times

“Hislop’s film teemed with brilliant detail, from the lurid lies peddled about Liverpool’s early Chinese community to the garlic-based gripes of British families hosting Belgian refugees during the Great War. The latter reminded us, powerfully, that even when hard-up and under siege, we’ve made room for those in direst need, and some of us still do.”
Matt Baylis, Daily Express

“Killer Women with Piers Morgan is British TV at its most trashy and American – so Morgan is in his element.”
Chitra Ramaswamy, The Guardian

“There’s a point at which compelling true crime becomes gratuitously ghoulish ambulance-chasing. This lurid documentary trod too close to the line.”
Michael Hogan, The Telegraph

“The case of Rebecca Fenton would have been worth exploring if Morgan believed there had been a massive miscarriage of justice or if he got Fenton to confess. As it was, we spent an hour listening to Fenton lie to Morgan and, in one excruciating to-camera passage, to us. Pointless. And wrong.”
Andrew Billen, The Times

“My own belief is that gigantic lies, especially when told on television, are very hard to skewer. It’s like trying to pop a Zeppelin with a drawing pin — there’s just too much to burst. Meanwhile, this series promises to be a treat for the armchair sleuth.”
Christopher Stevens, Daily Mail

“Piers Morgan triumphantly told Rebecca that he’d spoken to her mother and she’d said she didn’t know if her daughter was innocent. This crushed her. Innocent or not, Rebecca’s interviewer dealt her a killer blow, and it was as ugly to see as any crime scene.”
Matt Baylis, Daily Express