Why you should attend The Media Production Show

Broadcast publisher MBI is organising the Media Production Show, which will take in June. Event director Charlotte Wheeler reveals what visitors can expect from the show. 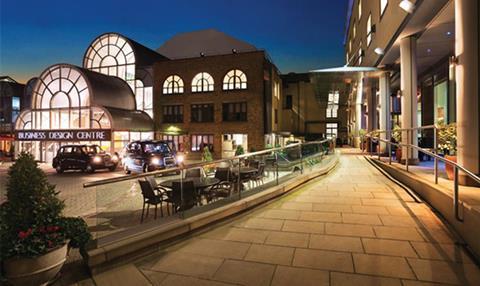 As well as hosting over 70 exhibitors showcasing the latest products and services, some of the creative industry’s biggest names, including Dickensian creator Tony Jordan and Super Bowl director Hamish Hamilton, will speak at the two-day event.

Who should attend The Media Production Show and why?

Anyone who works in TV and wants to learn more about making the best content across the globe.

Technology has had a huge impact on the creative process of making content from drama, factual, documentaries to live studio productions. This event will explore how technology has advanced the images we see and content we watch from 4K capture, physical special effects, VFX, editing and sound.

From pre-production through to content distribution you will find an exhibitor, sponsor or seminar which will be relevant to you. Plus it is all free to those that register.

What information will I take away from attending?

We have over 50 seminars across the two days offering practical advice, insight and creative knowledge. These seminars span five different theatres at the show including a keynote theatre, production, post production, VFX and colourists, live production and content distribution.

These will be in the form of inspirational interviews with those that have long and distinguished careers in creating TV and give attendees the chance to hear from the new talent which proves the UK is in a league of its own when it comes to content creation.

What can I see at the show?

You will have the chance to see some of the latest innovations in kit and from leading service providers in the industry. For those interested in production and post technology the show is six weeks behind NAB in Las Vegas where traditionally all the main manufacturers launch their new products and upgrades.

For those interested in services there are a number resellers to speak to plus other providers including Sargent Disc, Pinewood Studios, Kent Film Office, Seven Sunday Films and No Sheet Music to name a few.

As well as Tony Jordan and Hamish Hamilton, we have the people behind some of the biggest hits of the past year including:

The Media Production Show is organised by Media Business Insight, the publisher of Broadcast, Screen and shots magazines.