Win the Wilderness: Alaska; Keeler, Profumo, Ward and Me; Auschwitz Untold: In Colour

“A novel twist on the reality show — and, for a generation struggling to get their feet on the housing ladder, a tempting challenge” 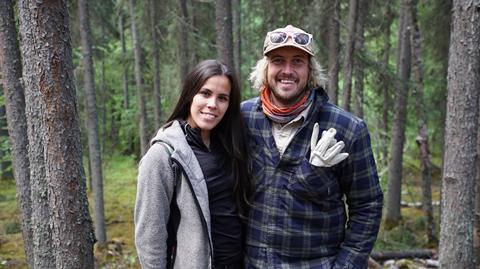 “It’s not so much I’m a Celebrity Get Me Out of Here as We’re Non-Entities, Get Us In There; not so much Love Island as Anorak Forest; and not so much Survivor Games With Bear Grylls as Survivor Games With Grilled Bears. The show is such a puzzle. Why only British contestants? What’s to stop the Oses changing their minds? But the BBC, like the wilderness itself, doesn’t do answers.”
Stuart Jeffries, The Guardian

“It’s a novel twist on the reality show — and, for a generation struggling to get their feet on the housing ladder, a tempting challenge. The show was full of handy tips: for instance, if a black bear attacks you, it wants to eat you. A grizzly, on the other hand, will want to rip your head off to protect its territory. That won’t help you to survive but it’s interesting to know.”
Christopher Stevens, Daily Mail

BEHIND THE SCENES - WIN THE WILDERNESS: ALASKA

Keeler, Profumo, Ward and Me, BBC2

“Tom Mangold’s pin-sharp, revelatory documentary had all the elements of a classic scoop. It was even more compelling than the finale of The Trial of Christine Keeler on BBC1.”
Carol Midgley, The Times

“Just as the BBC1 drama has steadily improved, detailing aspects of the story I never knew before, Mangold’s forensic examination of the lengths the government of the day went to in order to blacken the names of Ward and ‘his young women’ gradually painted an even grimmer picture.”
Jeff Robson, The i

“One could argue that this shouldn’t need to be done; that the Holocaust in monochrome is no less horrific. But when the film opened with colour footage of Jews being herded through the camps, it was undeniably startling.”
Anita Singh, The Telegraph

“I was unprepared for the extraordinary gut-punch delivered by Auschwitz Untold: In Colour. It shouldn’t be more affecting, more distressing, just because Holocaust victims being loaded on to cattle trucks are suddenly not in grainy black and white but, say, wearing a green felt hat or a red dress. Yet it is.”
Carol Midgley, The Times