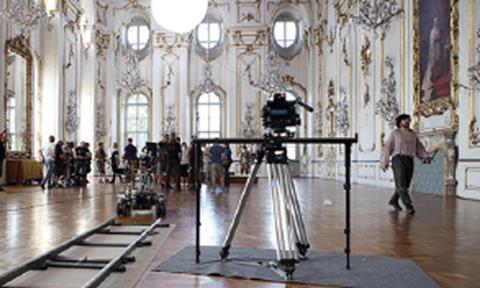 Titles gearing up to shoot at Czech Republic locations and studios this autumn include Focus Features’ Second World War period drama The Zookeeper’s Wife starring Jessica Chastain and Daniel Brühl and directed by Niki Caro, and the fifth part of the horror fantasy franchise Underworld: Next Generation starring Kate Beckinsale.

Experienced crews speak English and German while Barrandov Studios is one of Europe’s leading facilities. Equipment is easy to access and Prague-based Petra Novotna, whose credits include War Horse and The Hobbit, is one of the world’s best ‘horse masters’ and can provide vital crew members for the historical and fantasy films that shoot in the territory.

There is a huge diversity of locations within Prague itself, including many picturesque vacant properties. Location owners tend to be film friendly.

In Prague, the InterContinental is preferred by crew while stars like the Four Seasons and Mandarin Oriental. Also popular is Augustine, where Michael Douglas stayed while shooting Unlocked. He reportedly appreciated the hotel’s inner courtyard, which allowed him to leave and arrive without drawing attention. Apartments are available for longer shoots.

Prague is a beautiful city with a vibrant cultural and café life. The Michelin-starred restaurants include La Degustation Boheme Bourgeoise and Alcron.

“Everything we needed was there in abundance. We were taken to castle after castle, and endless subterranean ceilinged rooms that were ideal for inns or intriguing spaces for our world.”

Yes. The BBC is making a third series of The Musketeers in Prague, despite the introduction of tax credits for high-end TV drama in the UK.

The depth of technicians. “There’s an A crew, a B crew and a C crew,” says Wratten.