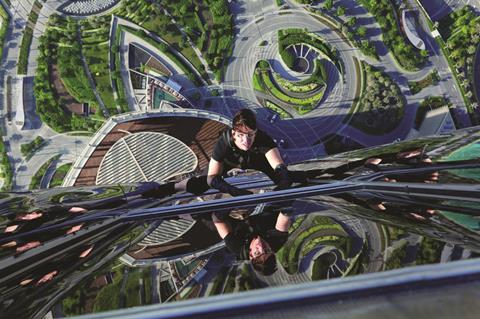 The Emirati state of Abu Dhabi clinched one of the location world’s most prized shoots in Lucasfilm and Disney’s Stars Wars Episode VII, directed by JJ Abrams. It was serviced by local line-production house twofour54.

Based at Pinewood Studios in the UK, Star Wars filmed its Tatooine desert scenes in Abu Dhabi. Previous films in the series have shot the desert scenes mostly in Tunisia.

The new Star Wars is the latest in a handful of high-profile films to shoot in Abu Dhabi since the introduction of a 30% rebate in 2012.

Abu Dhabi is one of seven states comprising the UAE. Its main local rival is Dubai which housed Paramount Pictures’ globe-trotting Mission: Impossible — Ghost Protocol, which shot on the top of the city’s eye-catching Burj Khalifa tower.