Slovenia is a country on the verge. Geoffrey Macnab reports on its stunning locations and efforts to introduce a financial incentive 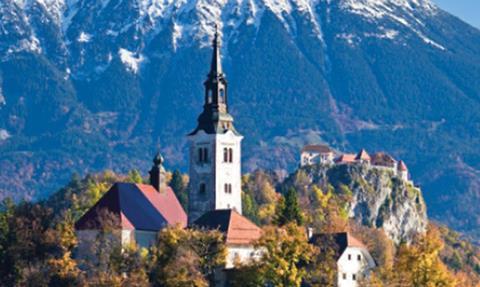 Slovenia has plenty to offer producers, including spectacular scenery — from forests and castles to industrial sites and old European-style architecture. But the lack of a financial incentive means it is not top of many producers’ lists — yet. Slovenia Film Commission points to the country’s skilled film crews and production companies, its mostly English-speaking technicians and the small country’s safe working environment. Walden Media’s The Chronicles Of Narnia: Prince Caspian shot in the country in 2008, but there have been few big international projects since. Sky One’s UK military thriller series Strike Back recently shot briefly in Slovenia.

There is no tax incentive to shoot film, TV or commercials in Slovenia, although it is hoped an automatic scheme to return at least 25% of eligible production costs will be in place within two years.

According to Slovenia Film Commission, the country is able to provide logistic and technical support to international film production companies. The three biggest film studios are Viba Film, VPK and Arkadena. The main service companies tend to have a regional footprint, working in Bosnia, Croatia, Italy and Austria, as well as their home turf, of course.

Jure Horvat, production manager at Ljubljana-based production house Super 16, reveals what commercials directors can expect to find in the territory.

What commercials have you worked on recently in Slovenia?

Jure Horvat We work with local and international clients including Nike, with whom we shot Mercurial Superfly: The Machine, and Sweden’s Radiotjanst on Tusen Och Ett Tack. The big commercial to have shot in Slovenia this year was a live-action campaign for Game Of War, starring model Kate Upton, for Anonymous Content, although we didn’t work on that one. Most commercials are shot in Slovenia due to its geographic diversity and similarity to different countries, while offering film-friendly options to foreign productions.

What type of locations can Slovenia offer to international commercials producers?

JH Slovenia is a small country, known for its pristine nature and a wide variety of shooting locations within a two-hour drive. These include the Alpine mountains, the Mediterranean coast, green meadows, Karst caves, lakes, vineyards, castles and much more. The capital city of Ljubljana is also attractive for commercial shoots, as it offers a European city look on a smaller scale.

What studios does Slovenia have?

JH Most of the studios are located in the main production centre of Ljubljana. Viba Film is the largest and offers two studios measuring around 720 square metres and 460 square metres. Productions can also find other, smaller studios in the capital or nearby cities.

Do incoming productions need to bring their own crew with them?

JH There is a small pool of directors and directors of photography in Ljubljana. Local technical crews, art departments, costume and wardrobe are also available for international productions.

Is language an issue?