Can a new 15% tax credit boost Spain’s appeal as an international shooting destination? 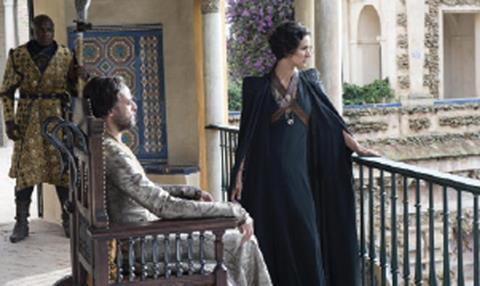 Spain is one of the more recent territories to welcome the Game Of Thrones travelling production caravan and the buzz that accompanies it. After hitting the Moorish palaces of Andalusia at the end of 2014 for the fifth season, HBO’s spectacular TV show is back this autumn for season six. The production has been travelling around the country shooting in the semi-desert area of Bardenas Reales in the southern region of Navarre as well as the medieval city of Girona in the north.

Features shooting on the mainland include Martin Koolhoven’s Brimstone starring Kit Harington, while Justin Kurzel’s big-screen adaptation of video game Assassin’s Creed will be set against the backdrop of 15thcentury Spain and is scheduled to shoot in the territory as well as in Malta and the UK.

HBO is one of the first to benefit from the introduction of Spain’s first nationwide incentive for international fi lm and TV productions. Visiting shoots can now access a 15% tax credit on their eligible spend in mainland Spain. It joins the Canary Islands’ existing generous 35% rebate for international productions, which has made Spain’s mild-weathered archipelago off Morocco’s southern coast a popular destination.

Productions to have visited the Canaries recently include Andy Tennant’s Wild Oats, starring Shirley MacLaine, Demi Moore and Jessica Lange for The Weinstein Company; BBC series Woody, which stars Kayvan Novak as a framed tabloid reporter hiding out on a fictional Spanish island; Yann Arthus-Bertrand’s feature documentary Human; and the latest series of the BBC’s Doctor Who, which shot on Tenerife.

Spain has a large pool of highly skilled and experienced crew. Pedro Almodovar regular Jose Luis Alcaine was the cinematographer and one of several Spanish heads of department on Wild Oats. Most productions shoot on location but there are several small facilities, including Palma Pictures’ 4,500 square metre complex on the Balearic island of Mallorca and the four-stage Parc Audiovisual de Catalunya facility near Barcelona.

The future of Spain’s biggest facility, Ciudad de la Luz, just outside the southeastern port city of Alicante, remains unclear. The troubled complex, which played host to some 60 productions, closed in 2012 after the European Commission ordered the facility to repay state aid to the tune of $313m (€290m). The European Commission last year authorised the sale of the site but although a number of buyers were understood to be interested, including a consortium involving Francis Ford Coppola, only one bid was put forward at a first auction in July. Local politicians are now considering a change of use for the site.

As a popular tourist destination, Spain has no shortage of accommodation — at all price points — for talent and crew. In Seville, the Game Of Thrones cast reportedly stayed in the central Hotel NH Collection.

A-listers flock to Spain in the summer for its luxury hotels, beaches, water sports and nightlife. Leonardo DiCaprio, Orlando Bloom, Justin Bieber, Madonna, Kim Kardashian and Kanye West are among the celebrities spotted on the country’s beaches this year. There is also plenty of culture — and tapas. Game Of Thrones star Nikolaj Coster-Waldau said he loved Seville for its beauty, while his co-star Emilia Clarke reportedly celebrated her birthday in the Hotel Palacio Marques de la Gomera, in a former baroque palace in Osuna.

Spain is the third-biggest country in Europe. It is well served by domestic flights, which are the most time-efficient way to cross the country. There are also good rail and road networks; a high-speed train connects Madrid and Barcelona in less than three hours. There are daily direct flights to Madrid from North America.

“Game Of Thrones is all about new and exciting worlds. Spain succeeded in expanding our worlds and made it possible for them to leap off the page. Our Spanish team of industry professionals exceeded all expectations. Enthusiasm was the word of the day in Spain.”

Why does it make financial sense to shoot a commercial in Spain?

Toni Schulz The main benefit is the country’s long-lasting reputation in service, plus its flexibility and capacity to adapt to each project’s requests and needs. The best example of that is the lack of extra costs for weekends or holidays. During the past few years, talent buyouts have become highly competitive. And, of course, there is also our 300 days of sun a year.

Is there a minimum spend?

TS Not really. Each project is different and Mamma has always been open to work with the smaller, as well as the bigger, projects. We are proud to be trusted by our clients with their budgets and production challenges. Having said that, on average, prices can vary from ¤55,000 to ¤85,000 ($62,000 to $96,000) per shooting day.

How well connected is Spain?

Carla Genoud Very. We are just two to three hours from almost all of Europe’s main cities and have daily flights to and from the US, China and eastern countries.

Tell us about Spain’s range of locations

CG We have a broad option of locations. For example, Spain can have an American feel. We have produced for US brands such as Hershey’s because we could deliver a great combination of American-looking talent and locations, competitive buyouts and production budget. We also have breathtaking views and winding roads for car commercials and have produced for clients such as Mercedes, Audi, BMW, Porsche and Aston Martin. And due to the great ethnic mix and high standards of our talent, Spain has become a great destination for worldwide campaigns, such as our recent nine-day shoot for [potato crisp brand] Lay’s.

TS We also have an amazing variety of urban locations, from international business districts to gothic quarters, Roman walls to Latin American-style neighbourhoods. We have 4,900 miles of coastline, 2,600 miles of mountains and 1,650 square miles of desert. We also have great ports and marinas, clear waters and a great pool of boats and yachts, including experienced underwater crew.

Do incoming productions need to bring their own crew with them?

CG Not at all. Spain has highly experienced, worldclass bilingual crew and award-winning DoPs. It’s often the case that once they meet in Spain, they are off with our clients shooting around the world.

Tenerife, the largest island of Spain’s Canary Islands archipelago, is a popular tourist destination that welcomes 12 million visitors a year. Its subtropical climate, long shooting days, varied natural and urban backdrops and generous tax incentive have also made it an increasingly popular destination for European and Hollywood productions over the past decade. In 2014, a record 68 productions were shot on the island for a total spend of $9.1m (¤8m).

Matt Damon, Tommy Lee Jones and Julia Stiles hit Tenerife this September for the untitled next instalment in Paul Greengrass’s Bourne series, using the capital, Santa Cruz, as a backdrop. Other features to have shot on the island over the past 12 months include Mateo Gil’s sci-fi romance Project Lazarus, an English-language, France-Spain co-production starring Tom Hughes and Charlotte Le Bon, and French director Thierry Poiraud’s Don’t Grow Up, about a group of teenage delinquents left to fend for themselves after a mystery epidemic wipes out everyone over the age of 18. Other blockbuster titles to pass through in recent years include Fast & Furious 6, Clash Of The Titans and Wrath Of The Titans. The BBC’s cult show Doctor Who also touched down on the island in spring 2015.

The island’s subtropical laurel forest could double for the jungles of Central America.

The key incentive for international productions is a 35% tax rebate on spending in the Canary Islands, capped at $5m (€4.5m) for a maximum deduction base of $14.5m (€12.8m). Qualifying productions must spend at least $1.1m (€1m) in Spanish territory. The incentive covers fi lm and TV productions. Qualifying spend includes European Union creative crew to a cap of $56,000 (€50,000) and technical industries and suppliers. To access the rebate, productions need to work with a local line company with tax residence in the Canary Islands. It is also possible to tap into a 38%-40% tax credit scheme aimed at Spanish films through a co-production deal, but that is more complicated. The incentive offers tax deductions to companies paying tax in the Canary Islands up to a ceiling of $6.1m (€5.4m). This is better than on mainland Spain, where the incentive is for 18%-20% of spend and capped at $3.4m (€3m).

The island has one studio, Plato del Atlantico, and is also home to 10 service production companies, including Atlantic Volcano Films, Sur-Film and Seven Islands Film, which also rents out equipment. There are also companies that specialise in catering, security and background artists. There is a good pool of crew, although incoming productions tend to bring in core crew.

Beyond its varied coastline — featuring black and white sand beaches, romantic cliff-lined coves and glitzy marinas — lies a landscape spanning lush laurel forests to the spectacular volcanic landscapes of Teide National Park. The island also offers a variety of urban backdrops ranging from the perfectly preserved colonial era-style churches and palaces of San Cristobal de la Laguna, a Unesco World Site, to iconic works of modern architecture such as the Auditorio de Tenerife concert hall and Tenerife Espacio de las Artes arts space in Santa Cruz. The BBC’s Doctor Who shot around Mount Teide, making use of the lunar landscapes at its base as well as the town of Garachico — a picturesque huddle of white-walled, red-roofed houses wedged between the sea and the volcano.

Accommodation of every budget and type is abundant thanks to Tenerife’s thriving tourism industry. Hotel Botanico, in the shadow of Mount Teide, and Hotel Taburiente in Santa Cruz, are particularly geared up for accommodating shoots and fi lm crews, preparing early breakfasts, for example, to fi t in with schedules. The Bourne team stayed at the Iberostar Grand Hotel Mencey and stars sometimes opt for one of the island’s many luxury villas.

The island offers a wide range of restaurants and water sports. Teide National Park is also great for trekking.

Getting round the 2,034 sq km island is relatively painless thanks to a good motorway network.