Using powerful animation to retell the story of survivor Bun Hashizum, A Survivor’s Story racked up 69,582 views on YouTube and has been widely critically accalimed. 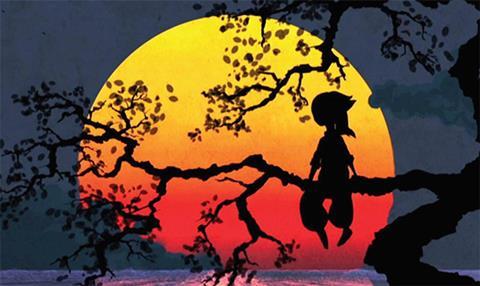 Billed as one of the most ambitious and difficult editorial challenges ever faced by BBC Children’s, CBBC Newsround: Hiroshima – A Survivor’s Story marked the 70th anniversary of the bombing by capturing the views of one of the survivors.

“We wanted to tell the truth of what happened the day the bomb dropped, without watering it down,” the team said in their entry. “Most of the archive footage is too graphic and upsetting to use, so we decided this could only be achieved by powerful animation.”

Survivor Bun Hashizum was invited to tell her story and described the moment of impact as being like “the sun had fallen down in front of my eyes”. It was phrases like this that provided the team’s inspiration.

A Survivor’s Story was published on CBBC’s YouTube channel, where it has racked up 69,582 views. The animation, which was created by graphics firm Made in Colour, also went international, being translated into languages including Russian and Spanish.

Guardian TV critic Julia Raeside said it was the “most affecting” thing she had seen on the subject of the bombings and the animation was “reminiscent of Studio Ghibli’s finest”.

The judges offered similar praise. “A simply beautifully crafted piece,” said one. Another added: “Engaging, with a great animation style, around a difficult subject for the age group.”

David Attenborough is well known for pushing the boundaries of new technology and this 360-degree video is no exception. Created to support BBC1’s hit documentary Attenborough And The Giant Dinosaur, the four-minute film allows users to follow the presenter as he sizes up the titanosaur.

YouTube Channel Biggest Bangs was billed as the world’s first interactive science experiment brought to life through YouTube. Using annotation technology exclusive to the platform, viewers were invited to conduct genuine chemistry experiments in pursuit of creating the most energetic reaction. It was designed specifically for YouTube and used to generate interest in BBC Brit.

THE BLACK LESBIAN HANDBOOK
Ten66 for All 4

The series of All 4 shorts was two years in the making and aimed to provide a unique, intimate insight into a UK subculture rarely seen on UK screens. The episodes explored the reality of the identities the women have chosen and the ‘scene’, largely revolving around nightclubs, where their lives play out. It has pulled in more than 1 million views on All 4.

Presented by The Streets star Mike Skinner, Hip Hop In The Holy Land is a series of shorts exploring the difficult relationship between people and land in Israel and Palestine, through the prism of music. It hears from figureheads including ultra-orthodox Jewish rappers, secular performers raised outside of Israel and a member of little-known desert-dwelling group of Hebrew Israelites.

Things You’ve Always Wanted to Ask a Trans Person… was used by BBC Three controller Damian Kavanagh last year as a symbol of what the channel wants to achieve with online shorts. “We asked the interviewees to look directly down the lens because we wanted to create the intimacy vloggers have with their audience,” the entry said. It went on to rack up nearly 5 million views.