“The two ex-couples here are dreadful.” Read on for the verdict on last night’s TV. 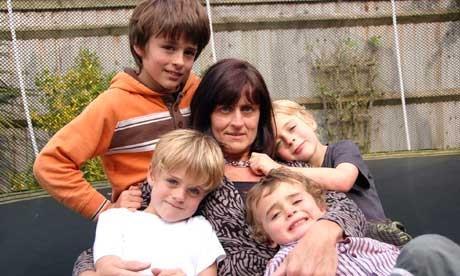 “It’s depressing because separation is rarely fun. But also it brings out the very worst in people. The two ex-couples here are dreadful.”
Sam Wollaston

“Like Canoe Man, Who Needs Fathers? was better at showing us what happened than at analysing it.”
James Walton, The Daily Telegraph

“In Canoe Man, another BBC Four biographical drama to outshine its main channel rivals, Bernard Hill brilliantly played Darwin as a buccaneering fantasist, gambling away in the casino of life. Saskia Reeves was just as telling as the dour but not-as-sensible-as-she-looked wife whose error was to love him”
Andrew Billen, The Times

“The story was part of the problem, I think, mechanical exposition taking up quite a bit of time, and leaving not a lot of room for psychological exploration. But the look of it didn’t help either - a flat, over lit sharpness that kept on reminding you of Crimewatch reconstructions, not exactly an apogee of dramatic arts.”
Tom Sutcliffe, The Independent

“Yes, it’s pretty good, but I’m not getting an awful lot from it that I didn’t have already, apart from maybe a little more empathy for Mrs Canoe.”
Sam Wollaston. The Guardian

“Though most of this, the result was a typical piece of BBC4 drama: well acted, nicely unfussy and resolutely low-budget.”
James Walton, The Daily Telegraph