“It’s a fascinating picture of a country that has come a long way from undercover coppers lurking in public toilets.” 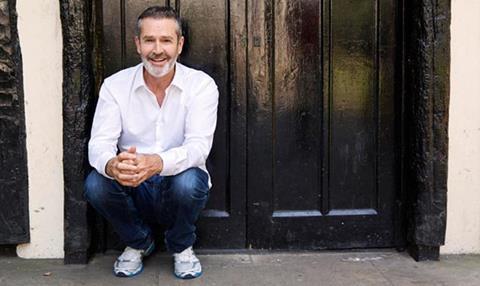 “It’s a fascinating picture of a country that has come a long way from undercover coppers lurking in public toilets. Rupert Everett is an excellent guide.”
Sam Wollaston, The Guardian

“It was challenging fare at times – the bracingly un-PC Everett spoke frankly about sex, drugs and the school showers – but ultimately moving, optimistic and very funny. Forget The Kenny Everett Show. Somebody give Rupert his own series.”
Michael Hogan, The Telegaph

“If Everett’s rattle around gay Britain, from Heaven to Hebden Bridge via a derelict public lavatory in Manchester, was all very thoughtful and good-humoured, it was distinguished by the hazy contradiction at its heart, which only made things more interesting.”
James Jackson, The Times

“Henry Singer’s film stared unblinkingly into the abyss, boiling down a knotty state of affairs into a cogent 90 minutes. I guess we’ll never hear from those who were so reluctant to crack down on systematic abuse, but this film acted as a powerful watchdog report at the door of the establishment, as well as a wider lesson from recent history.”
James Jackson, The Times

“A brilliant but gruelling feature-length documentary about the Rochdale abuse scandal. This fine film was somewhat beaten to the punch by Three Girls, which is why it wasn’t quite a five-star programme. Yet it was authoritative and righteously angry, with the power of a gut-punch.”
Michael Hogan, The Telegraph

“The Betrayed Girls was unflinching in its verdict of the police’s failure. It’s rare to find I agree with a Daily Mail headline, but the only conclusion to draw is that the girls were ‘betrayed by the PC cowards’. It’s a lesson we must all learn from.”
Daisy Wyatt, The i

“There’s something quite pleasant about watching other beings unselfconsciously enjoying themselves, pigs rolling in mud, babies with indelible marker pens, that sort of thing. I’d put this in the same category.”
Matt Baylis, Daily Express

“With its Lamborghini police cars and diamond-studded skyscrapers, Dubai is achingly fake: it would have been far more interesting if we could have glimpsed behind the illusion.”
Christopher Stevens, Daily Mail