“As an exercise in storytelling it is severely flawed.” Read on for the verdict on last night’s TV. 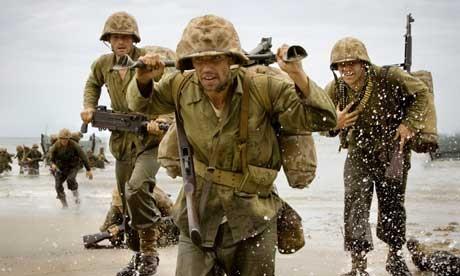 “The battle scenes were certainly as epic as promised, but what really absorbed was the sharp change of pace in and around the brutalities. “
Alex Hardy, The Times

“It’s not that The Pacific is no good. On the contrary, it has battle scenes to make you hide behind the sofa. But as an exercise in storytelling it is severely flawed, which, given that one of the executive producers is Steven Spielberg, on of the master storytellers of our age, is mystifying.”
Brian Viner,  The Independent

“Please more mess-ups over the next few days and more Tim. Last night, as he jovially reflected on cooking for the “bloomin’ Maharajah”, he confirmed his place as my winner.”
Alex Hardy, The Times