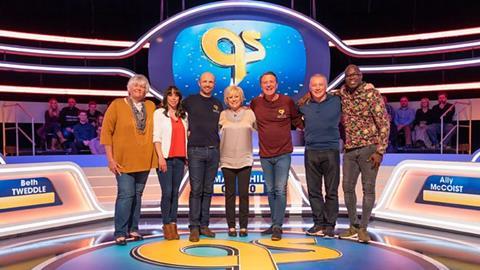 A Question of Sport has filmed its 50th anniversary edition at dock10 in Salford.

Titled A Question of Sport 50 - Not Out, the special edition will air on BBC One on 3rd January.

First broadcast on 5 January 1970, A Question Of Sport is now the longest-continuously running quiz show on British TV.

This one-off edition will test the teams’ sporting knowledge on the past five decades of sport, as well as revisit some of the show’s funniest moments.

An hour-long documentary, A Question Of Sport At 50, will also be shown on BBC One on 27 December, looking back at the history of the show with sporting greats and celebrity fans sharing their memories. Post production on the documentary was provided by dock10.