TV Critics: A Time to Live; Isis: The Origins of Violence; Michael Mosley v The Superbugs

“The one-off documentary offered a thought-provoking insight into the lives of people who know theirs will be cut short.” 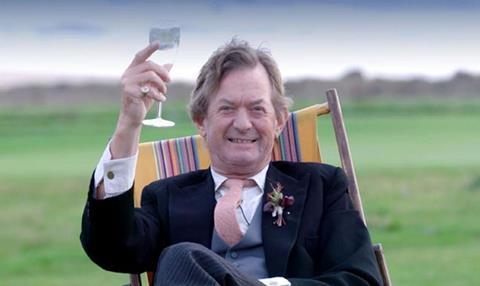 A Time to Live, BBC2

“Making an optimistic film about death is hard, or so you would think. The 12 terminally ill subjects of Sue Bourne’s beautifully filmed, and frequently wise, documentary made it look easy. Bourne’s interviewing was an example to us all, displaying the directness that is best, as here, attempted only after trust has been established.”
Andrew Billen, The Times

“Bourne stated it clearly in a voiceover at the start: this is not a film about death and dying, it’s a film about life. And it is beautiful, touching on all shades of human experience by provoking that most fundamental question: what would you do?”
Rebecca Nicholson, The Guardian

“The one-off documentary offered a thought-provoking insight into the lives of people who know theirs will be cut short. The filmmaker asked difficult questions sensitively, eliciting moving – and, often, surprising – responses from her subjects.”
Chloe Hamilton, The i

“All were touchingly honest. Each talked not so much about the diagnosis as the effect it had on them and their families, and of their hopes for the future. That is what was most uplifting and inspirational about this simple, uncluttered programme. Everyone had something to keep living for.”
Christopher Stevens, Daily Mail

Isis: The Origins of Violence, Channel 4

“Tom Holland’s poetic approach isn’t for everyone, but it’s a dense and detailed look at history and texts that – even at 90 minutes – feels as if it can only scratch the surface.”
Rebecca Nicholson, The Guardian

“You wouldn’t say the cut-glass Dr Holland was the type to go emoting all over the place but that made it all the more upsetting when he doubled over in sadness while walking he rubble-strewn streets of Sinjar. Isis didn’t seem quite so alien after the film, during which Holland deftly showed us its history and its links to ours.”
Matt Baylis, Daily Express

“The historian Tom Holland’s lengthy documentary Isis: The Origins of Violence cleared one thing up for me. Disappointingly, this was not whether or not these origins lay in the Koran or merely a misreading of it. What I did learn from his morose travels to Turkey, Iraq, Jordan and Cairo was what Isis had specifically against the French.”
Andrew Billen, The Times

“The medic and presenter explained with his usual amused elan why the antibiotics that have been protecting us from infections for decades are becoming useless. There was no scaremongering, no horror movie warnings of rampant TB and gangrene, but Michael didn’t try to disguise how urgently medicine needs a fix.”
Christopher Stevens, Daily Mail