“Ofsted may never label Ackley Bridge outstanding but the viewers will.” 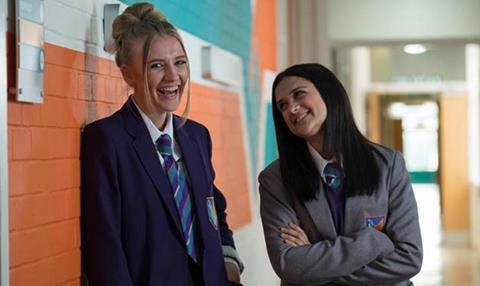 “Ackley Bridge had an intriguing premise, sharp plot lines and showed promise. It just needs to stop trying too hard and concentrate less on ‘issues’, and more on telling compelling stories.”
Michael Hogan, The Telegraph

“It feels like a very clever hybrid with bright new talents in the classroom, familiar hands in the staff room, strong stories rooted in relationships and no issue out of bounds. Ofsted may never label Ackley Bridge outstanding but the viewers will.”
Matt Baylis, Daily Express

“If only director Penny Woolcock can keep this thing real, Ackley Bridge may yet prove outstanding mid-evening TV. At the moment, as Ofsted said of Waterhead Academy last year, it requires improvement.”
Andrew Billen, The Times

“It’s kind of Waterloo Road meets Shameless. However, it’s not as clever as Paul Abbott’s show, nor does it have the performances. There’s not a hell of a lot of subtlety going on in Ackley Bridge: it is drama shoved in your face, like a Grange Hill sausage on a fork.”
Sam Wollaston, The Guardian

“In this day and age, the threat of division is not something Britain can take lightly. Shows such as Ackley Bridge demonstrate the importance of understanding, education and unity. That message feels more timely than ever.”
Rebecca Monks, The i

“Never more topical, Ackley Bridge got off to an entertaining and fast-paced start that promised much in the weeks ahead. The only downside was Sunetra Sarker’s attempt at a Pakistani accent. I haven’t heard anything as dodgy since Dick Van Dyke in Mary Poppins.”
Claudia Connell, Daily Mail

“Where was any mention of the impact on ‘thousands of police staff’ lost to the Met (according to the London mayor) since 2010? The Met is good at what is does, but it is not Hospital, a series that dared to link politics to public services.”
Andrew Billen, The Times

“The format is repetitive and, at an hour, too long. There were only so many times the family could coo at tasty home-cooked food or express surprise at the savings made.”
Michael Hogan, The Telegraph