“Full marks for great performances throughout the series.” 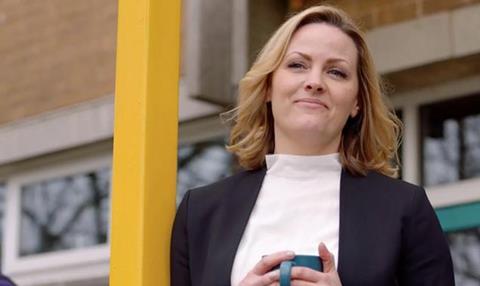 “For a finale, it was oddly unexplosive, although it was a nice touch to have it ending as it began – two teenage girls in a skip, drinking cider, putting the world to rights and threatening to be sick.”
Rebecca Nicholson, The Guardian

“Perhaps the most surprising thing about Ackley Bridge is precisely how credible much of it was, considering that producing a school drama that probes issues of racism, integration and cultural difference without being either worthy or offensive is like wrestling a prickly octopus.”
Gerard O’Donovan, The Telegraph

“It’s a useful recap for those of us who haven’t rewatched each old episode several times over, and I imagine it will come into its own when they’ve got some new material to talk about. But this is essentially a podcast on telly.”
Rebecca Nicholson, The Guardian

“If you’re fine with the sight of an athlete lampooning the sport that he helped besmirch, then Pharmacy Road was a tour de force of never-ending jokes, rampant ribaldry and on-the-nose satire. For some, however, watching Lance Armstrong cameo in an HBO mockumentary about drugs in cycling will have been too much too soon.”
Patrick Smith, The Telegraph

“This makes for gentle, undemanding television, a welcome antidote to all the online viciousness. It’s cheaply made, and although my gripe is that we don’t see nearly enough of the babies, it is guaranteed to warm your heart.”
Christopher Stevens, Daily Mail