Alaska TV, the indie behind Channel 5’s Blinging Up Baby, is developing a TV series based on Twitter feed Very British Problems. 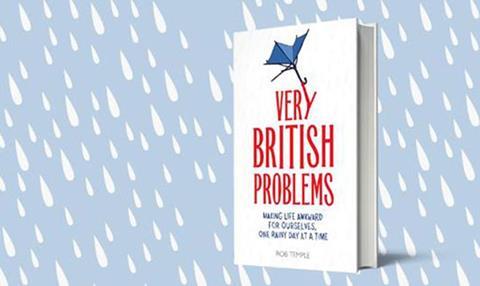 If commissioned by a broadcaster, it will mark the most high-profile TV series to be adapted from social media in the UK. In the US, there have been a number of scripted series based on Twitter feeds, including William Shatner’s CBS comedy Shit My Dad Says.

Very British Problems, which mocks everyday British ways and worries, was set up by freelance journalist Temple in 2012 and has nearly 900,000 followers, including celebrities Ricky Gervais, Matt Lucas and Jennifer Saunders.

The feed has also been turned into a book, titled Very British Problems: Making Life Awkward For Ourselves One Rainy Day At A Time.

Alaska is now adapting the feed into a comedy factual entertainment format and will pitch to broadcasters later this year. Creative director Ian Lamarra said it was one of the most consistently funny Twitter feeds.

“It’s got nearly a million followers, who we want to keep, and countless celebrity fans. It clearly has universal appeal and crucially it captures the minds of the socially media savvy. I wonder if it will be the first Twitter feed to see a TV format adaptation in the UK,” he added.

The indie will work closely with Temple on the format. “Expect unnecessary apologising, an obsessive interest in weather and queuing, and lashings of awkwardness,” said Temple.

"Fancy a quick half?" - Translation: Fancy going into this pub for as long as possible?