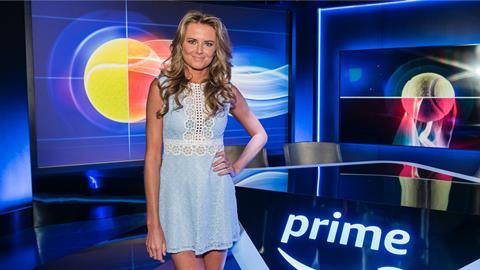 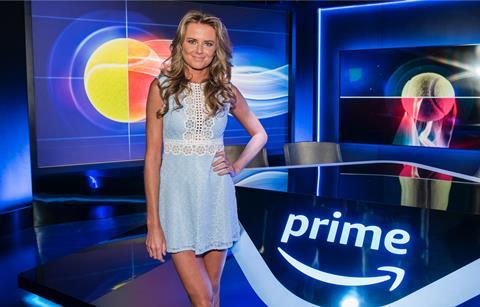 Amazon Prime Video has secured the rights for live and exclusive coverage of 37 ATP Tour events, further expanding its move into live tennis streaming, which began with last year’s US Open.

Amazon Prime has agreed a five-year deal with the ATP Tour, from 2019 until 2023, to cover all ATP Masters 1000 events, the Nitto ATP Finals from The O2, the Next Gen ATP Finals, all ATP 500s, including the Fever Tree Championships from The Queen’s Club and 13 x ATP 250s, including the Nature Valley International from Eastbourne.

The streamer also has a five-year deal with the US Open, which runs until 2022.

Amazon’s tennis games can be streamed free of charge to Prime subscribers. However, its coverage of the US Open last year was criticised by subscribers for a lack of catch up options and for poor quality streaming.

Amazon Prime’s presentation, analysis and commentary team for all its tennis coverage this year includes Catherine Whitaker, who will present live coverage alongside former players and tennis experts Greg Rusedski and Daniela Hantuchova in the studio (pictured).

Analysts and commentary will come from Sam Smith, Mark Petchey, Robbie Koenig and Nick Lester. Additional experts and commentators will join its coverage for tournaments throughout the year.

Its ATP coverage begins next week, with the first ATP Masters 1000 event of the year, the BNP Paribas Open from Indian Wells. Amazon promises “full, uninterrupted, live coverage from every televised court, all match replays normally available within 15 minutes, and highlights on demand the following day.”

Alex Green, European MD of Sport at Amazon Prime Video, said: “2019 marks the start of our exclusive tennis coverage on Prime Video, and we’re excited to offer tennis fans 37 ATP Tour events and the US Open, at no extra cost to a UK Prime membership.”

As well as its tennis coverage, Amazon Prime is growing its line-up of sports docs and live sports, which, starting from the 2019/20 season, will include 20 Premier League football matches per season.