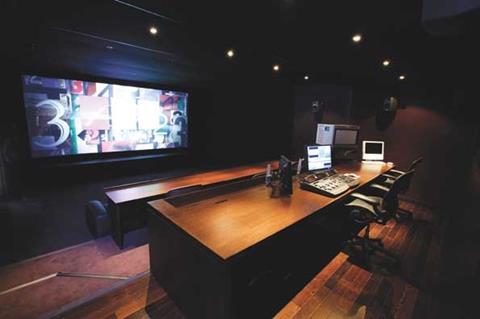 As part of Ascent’s ongoing investment plan at its Wardour Street facility, £30,000 has been spent on the new kit, which will be used to display stereoscopic digital content in its two new digital intermediate suites during grading sessions.

The new system is made up of a Dolby 3D Stereoscopic upgrade for the digital cinema projector, a Dolby DSS200 screen server and a Dolby 3D colour processor, made by Cine-tal.

Ascent Media Group chief technology officer Adrian Bull said: “In line with the increase in 3D releases, this upgrade will give Ascent 142 greater access to this fast-growing global market. Our research and development
work with sister company Rushes has led to the group now offering services for 2D to 3D conversion following an increase in demand for commercials, features and archive content in 3D format.”

It is estimated that at least 30 films are currently being shot in 3D for release next year.

Next week, Channel 4 will run a week of 3D shows, while BSkyB plans to launch a 3D channel in 2010 featuring sport, movies and entertainment.