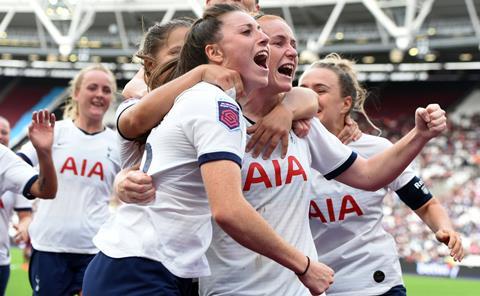 Australia’s Optus Sport has picked up the exclusive live rights for the Barclays FA Women’s Super League, the top-tier of English women’s football.

The deal is for the next three years and covers around 50 live matches a season. It begins the weekend (Sunday 17 November, with Manchester City Vs West Ham) and follows the broadcaster’s coverage of the FIFA Women’s World Cup this year.

As well as streaming the games live, Optus Sport will create highlight packages, including ‘mini-matches’. Each of the full games will also be available on-demand for up to 30 days.

FA senior broadcast manager Tom Gracey said: “This is our first deal in the Asian region and demonstrates the ever-increasing global appeal of the league. We commend Optus for being at the vanguard of elevating and broadcasting more top-level women’s football. The popularity of women’s football is at an all-time high and this agreement is a fantastic opportunity for viewers across Australia to enjoy the skills, excitement and competitiveness that the Barclays FA Women’s Super League has to offer.”

Optus head of TV and content Corin Dimopoulos added: “We are proud to be Australia’s home of the Barclays FA Women’s Super League and look forward to growing interest in and sharing the league with our expanding base of Optus Sport customers.”

Optus Sport’s opening round of live matches include: