Battle against piracy goes on

Sales of adapted set-top boxes are a new threat to the film and TV industry, says Christopher Schouten 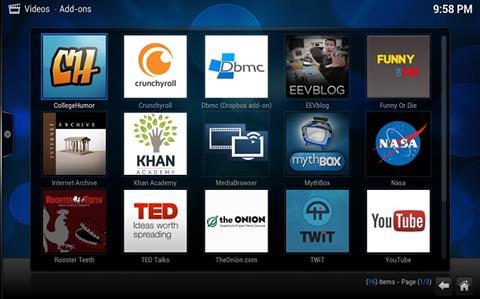 While Kodi itself is a neutral platform, its open-source nature means add-ons can be developed by third parties that make paid content illegally accessible - a serious potential threat to legitimate pay-TV providers and a breach of copyright and other laws.

Tackling the growing sale of so-called ‘fully loaded’ Kodi boxes that have been adapted with the necessary plug-ins and configurations to receive illegal streams of premium channels is now a top priority for rights-holders, as demonstrated by the arrest in early February of fi ve people who were selling the modified boxes.

Global consumer interest in Kodi has been on the rise since early 2015. Both the copyright threat and the response have intensified as the boxes get easier for the average consumer to use.

That is why they now represent a significant problem for the traditional pay-TV broadcaster.

In the most recent annual crime report from the UK’s Intellectual Property Office (IPO), the Federation Against Copyright Theft (FACT) said that about half of its current investigations concern these devices.

In 2016, crimes involving IPTV were on the increase as set-top boxes (STBs) and streaming devices entered the list of ‘top products investigated by Trading Standards’ for the first time.

While the fight against this form of abuse is pushing forward, and arrests have been made, the sale of illegal boxes is currently the subject of a legal test.

Although the trial of a person who was arrested on suspicion of distributing illegal STBs will not take place until May, similar test cases in the UK indicate that the sale of such boxes is almost certainly illegal.

In another case, a four-year prison sentence was handed out to someone caught selling more than 1,000 fully loaded Kodi boxes.

The sentencing sends a clear message that the sale and distribution of these STBs is a form of mass piracy.

And, to its credit, Kodi has assured authorities and the TV industry that it will take legal action against individuals who sell its boxes with such add-ons.

It’s important that the TV industry unites to combat this form of piracy because it loses more than £70bn a year globally in revenue to this and other kinds of content theft.

Copyright protection ensures that the creative industries continue to flourish and jobs are protected. It also keeps viewers safe - because by downloading illegal content or subscribing to pirate streaming services, they can be left exposed to malware, viruses, scams and fraud.

The upcoming legal battles are likely to determine where the boundaries lie in regard to fully loaded Kodi STBs - but the battle against pirated content will continue.

Whatever the outcome, it appears that operators - as well as users - will find themselves in the middle of a new battle against piracy.

This article is taken from the Feb/Mar issue of Broadcast TECH. Click here for the digital edition