Incumbent will produce annual event until at least 2021 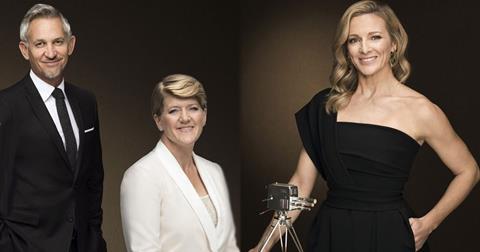 The BBC’s in-house sports unit will continue to produce Sports Personality of the Year (SPOTY) for at least three more years after winning a competitive tender.

The team will provide the coverage until at least 2021, with an option for the BBC to grant a two-year extension to 2023.

The tender incorporates the production and event management of the live two-hour annual show, along with a red carpet preview show that runs on the BBC News channel.

The contract’s three-year value was not disclosed.

The coverage is the second live show this month to have been retained by a BBC in-house unit. Last week, BBC Scotland’s in-house entertainment, events and music division retained Hogmanay until at least 2020.

According to the BBC, the in-house sports team scored highest against five criteria: quality of editorial; strength of event staging plans; fit with the BBC’s strategic priorities; value for money; and risk.

“Ultimately, we felt that BBC Sport put forward the most creative, robust and complete response to the requirements of the tender,” said sports production consultant Jackie Myburgh, who sat on the decision panel alongside the likes of director of sport Barbara Slater.

Last year’s SPOTY, the event’s 65th, aired in a Sunday 7pm slot in December to a consolidated audience of 5.1m (22.9%). It was won by cyclist Geraint Thomas.