Jane Tranter: Philip Pullman adaptation does not shy away from dark and difficult themes 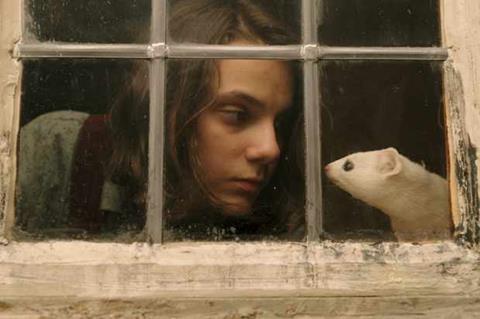 Upcoming BBC1/HBO drama His Dark Materials upholds author Philip Pullman’s mission to create a story for adults that can be enjoyed by children, while drawing parallels with contemporary abuses of power, its creators have declared.

Speaking after the premiere of the eight-part series at London’s BFI Southbank last night, Bad Wolf co-founder Jane Tranter stressed that the ‘dark’ in the title was a clue to the tone the drama was taking, despite its expected pre-watershed slot.

“It’s called His ‘Dark’ Materials - there is darkness in it, and I don’t see why children can’t watch it. In my experience, children like to be challenged and they like to have something to talk about the next day. I’m hoping there will be children all over the world talking about things - scary or non-scary - that they’re seeing.”

Writer Jack Thorne, who adapted Northern Lights, the first in Pullman’s trilogy of novels, for series one, said Pullman’s scenes of institutions abusing their power and children being separated from their parents were even more relevant today than when the book was published in 1995.

Drawing parallels between heroine Lyra and climate change campaigner Greta Thunberg, Thorne hailed Pullman’s “bold and brilliant choice” to tell the multi-faceted story from 12 year-old Lyra’s point of view “as someone intent on goodness rather than greatness”.

Thorne spoke of his duty to translate the “perfect” novels to the screen, with episode one going through 46 drafts.

Meanwhile, Tranter vowed to honour the “heights of discourse” in Pullman’s books, including the author’s treatment of religious dogma, which was neutered in a previous Hollywood movie adaptation.

“One of the beauties of working for the BBC and HBO is that nobody is fearful,” she said.

“You don’t work for the BBC and HBO and do a vanilla adaptation that cuts through the middle and doesn’t tackle every note this trilogy of books gets to sound.”

Series two, which draws on the second book of the trilogy The Subtle Knife, is currently in production, with a break of up to a year planned before the concluding story The Amber Spyglass is filmed. Tranter hinted that the scale of the final novel could need more than eight episodes to tell.

Tranter also revealed that Bad Wolf and the Welsh government have so far funded 1,500 places for children to visit the set and learn some basic TV skills.

“One of the things I’m really grateful for in doing a production of the size and scale of His Dark Materials is that we’ve been able to have a classroom in the studio,” she said.

“Give me a nine-year-old child and in nine or 10 years, they’re going to be working for us – get them early enough and they can be the next generation.

“It’s excited to be able to share and have the opportunity and space and collaborate with the Welsh government and creative industries.”

Delivering a flagship speech in March, Tranter called on the Welsh government to help “smash the glass ceiling” by investing sustainably and strategically in the nation’s TV sector.