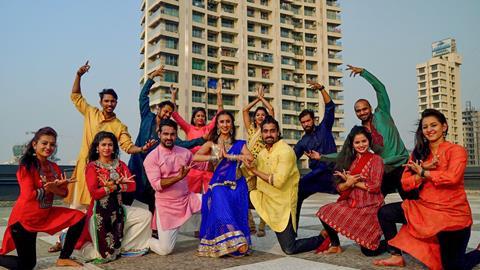 BBC commissioner Fatima Salaria believes that ensuring off-screen diversity in seasons such as next month’s British Asian Summer should be a “two-way conversation” between broadcasters and indies.

The religion and ethics commissioner told Broadcast that the “landscape of diversity has changed hugely” in the past five years, and that producers can no longer “[pitch] the BBC programmes that lack a wide breadth of diversity” both on-and off-screen.

The British Asian Summer season examines the history and experience of Asians who came to the UK after the partition of India and “became part of the fabric of society”.

The season initially received some criticism around a perceived lack of British Asian executive producers attached to the initial BBC2 and BBC4 commissions.

However, subsequent digital commissions for BBC3 have included more BAME producers. “I’m not going to deny that this isn’t a work in progress,” said Salaria, who commissioned some of the season’s programming alongside departing BBC2 channel commissioner Fozia Khan and a whole host of others.

“There is still some way to go, but the message is that we want mixed teams on all of our projects,” she said.

“Indies will always be questioned and pushed by us in terms of what they are doing to make sure they are representing diversity both on and off-screen. That is something we want them to do.”

Salaria and BBC2 controller Patrick Holland have said the season creates “a space in the schedule” to launch new talent, and conversations are taking place with on- and off-screen talent. involved in the programming.

“As a working-class British Asian woman, I know a season like this can inspire and have a legacy”
Jazz Gowans, Transparent TV

“As a working-class British Asian woman, I know a season like this can inspire and have a legacy,” said Gowans, who is exec producing the show. “It’s also about a changing world – an Asian season now hopefully means that we won’t need one in a few years’ time.”

However, Gold Wala founder Faraz Osman, who won his first BBC3 commission, My Asian Alter Ego, through the season, said this kind of initiative is required to identify new talent, especially since the 2009 closure of the BBC’s Asian Programmes Unit.

Osman and Salaria were involved with the unit early in their careers, alongside presenters such as Anita Rani and Krishnan Guru-Murthy.

“There’s a wealth of talent working on this season that came through the Asian Programmes Unit, and there is an interesting debate as to whether we have moved on sufficiently after its closure,” said Osman.

“The next generation coming through does not have an Asian Programmes Unit to cut their teeth in, so the question is whether a season like this will be enough to develop talent to the same level.”

Osman said that while the BBC has incorporated British Asian talent into mainstream programming such as EastEnders and Countryfile, “the truth is that [those shows] are not necessarily telling British Asian stories in an authentic and creative way”.