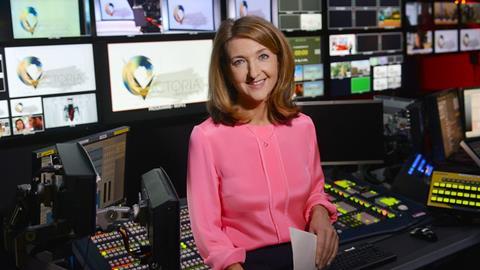 Employees of the now-axed Victoria Derbyshire Show have taken to Twitter to berate the BBC for culling the daily news offering, as a Labour MP announces plans to look into the decision.

BBC media editor Amal Rajan reported last night that the in-house BBC2 daytime talkshow is coming off air after costs associated with running it on linear were “deemed too high”.

The announcement is due to be made internally next week by director of news and current affairs Fran Unsworth, along with other cuts that could impact staff. It comes as part of the £80m savings target that the BBC News division needs to make by 2021/22.

Jim Reed, a reporter on the show, said the decision was “absolutely gutting”, concerning a programme that had “had a big impact, won awards” and amassed “huge digital views”.

The show originated on Radio 5 Live and was shipped to TV in April 2015, tending to pick up around 200,000 daily viewers in its morning slot.

Absolutely devastated at the plan to end our programme (which I first learned about in yesterday’s Times). I’m unbelievably proud of what our team and our show have achieved in under 5 years.. 1/3

It was widely regarded as a populist alternative to shows like Radio 4’s Today and earned Derbyshire regular plaudits. She has been nominated for a Bafta every year since 2015 in the best presenter category, winning in 2017.

Memorable moments include an interview with a father who had escaped the Grenfell tower blaze and an award-winning interview with four former footballers about the alleged sexual abuse they experienced as boys.

Tracy Brabin, a shadow DCMS minister and former Corrie actor, said she would be “looking into why [it] is being taken off air”.

Jess Phillips, who this week pulled out of the Labour leadership race, decried the loss of a political programme that reached a “largely working-class audience”.

Phillips added: “Rigorous campaigning and commitment to public having their say made it pretty unique in daytime TV.”

The move to pare the programme back has been incremental.

In late 2018, its running time was halved, its annual budget cut by £1m and eight posts were slashed.

The bad press associated with the show’s cancellation will not be welcome for the corporation in a week in which the director general announced his shock resignation.