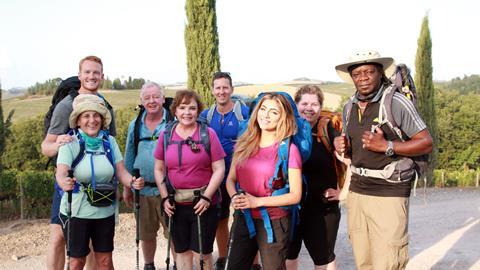 Pilgrimage: The Road To Rome, BBC2

Following eight celebrities on an epic journey across Europe to meet Pope Francis was an emotional experience, says Caroline Matthews

What could be difficult about filming a series in which eight celebrities walk to Rome? Over 15 days, the pilgrims would travel through some specular scenery, investigate interesting cultural landmarks and chat with friendly locals, before strolling into St Peters Square with the fanciful notion of a private audience with the one and only Pope Francis…

Well, as it happens, quite a lot.

But ambition was high. We had learnt invaluable lessons from Pilgrimage: The Road to Santiago but this was a different country, a different route and we hadn’t secured a meeting with the Pope before.

After the usual pre-production hiccups, the crew and ensemble cast arrived in Switzerland. Our celebrities, whose ages ranged from between 28 and 72, were ready to go with their possessions packed neatly on their backs. 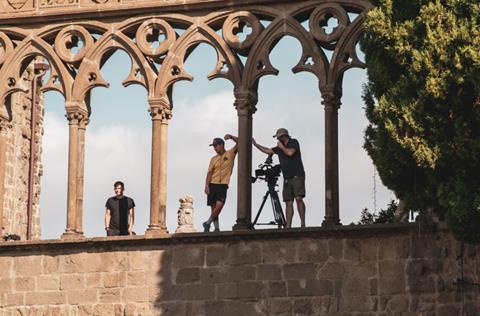 Two hours later we ripped up the schedule. The lack of fitness among some of our ‘pilgrims’ quickly became painfully apparent and, mindful we that hoped all of them would walk into St Peters Square, the schedule was then adjusted every day to achieve that goal.

The first pilgrim breakfast nearly brought the production to a standstill. After a cold night in bunkbeds in the celebrities’ mountain hostel, the meal they ate wasn’t a deliberate introduction to a pilgrim’s ‘simple’ way of life but just plain bad and not easily corrected with a stop at Pret.

The route is still in the throes of revival so there aren’t many options outside of your hostel to eat. It was a very difficult morning.

Pilgrimage is a juggernaut of a production, with over 30 crew on location, and during the early stages, the crew moved hotel every night.

Finding comfortable accommodation wasn’t easy and as we approached the final 100km, which was roughly half way through the journey, everyone was utterly exhausted. 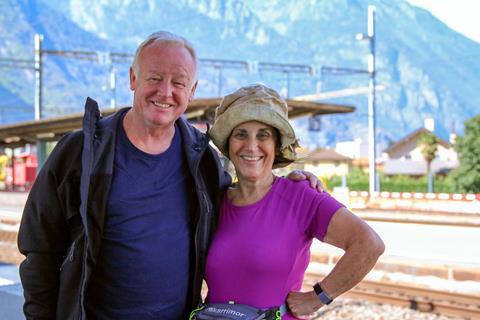 Then the sun came out. Good news you might think? Something to lift the spirits; except a record-breaking heat wave began taking its toll just when the pilgrims were facing longer distances every day.

Despite constant reminders from the paramedic to keep hydrated, some thought a celebratory beer or glass of prosecco at the end of a tough walk was a good idea. It did give us some funny footage though.

Then illness and injury struck. First, two out of our three shooting PDs became sick and were out of action for four days.

The rest of the team stepped up, schedules tweaked and then we lost a pilgrim. Katy Brand learned the hard way that hiking in damp socks leads to painful blisters and decided not to walk for a few days. 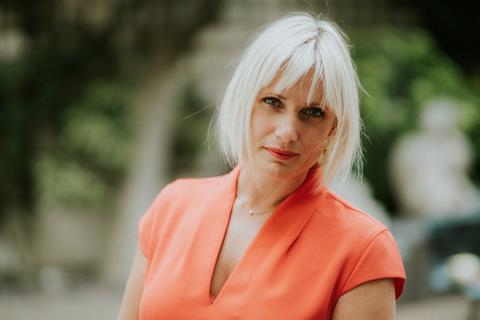 My tricks of the trade – Caroline Matthews

Meanwhile, Les Dennis was also causing some anxiety. Despite being 65, Les was determined to keep up with the super-fitties, dancer Brendan Cole and Olympian Greg Rutherford, who occasionally couldn’t hold back and treated the pilgrimage like a challenging training session.

On those days, the paramedic kept a close eye on a very strongminded and red-faced Les.

As we approached Rome, all the cast and crew were back in action. Now there was just one ‘very small’ hurdle left to go: securing that private audience with Pope Francis.

With religious programming being one of CTVC’s specialisms, we have experts to call on for advice, including the best route into the Vatican. 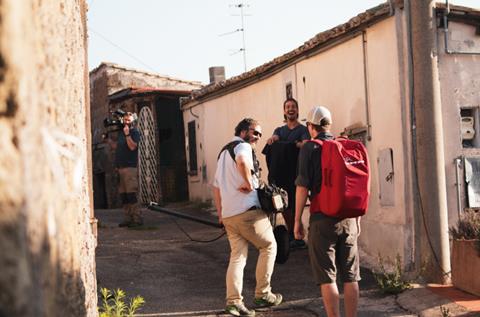 We learned that Pope Francis was passionate about pilgrimage and the fact we had a multi-faith group, including a Muslim, a Jew, a lapsed Jehovah’s Witness and an atheist, was apparently in our favour.

Our entire schedule and flights home were organised around this almost fanciful meeting. But as we arrived on the outskirts of Rome and faced our final day, we still didn’t know if our meeting would happen.

Just as we were about to given up hope, our prayers were answered and the metaphorical white smoke went up as the news finally came through: we had been granted a private audience with the Pope.

Then the reality hit. None of us knew exactly what to expect: was it just a line up and a handshake? Could the pilgrims ask questions?

“Just as we were about to given up hope, our prayers were answered and the metaphorical white smoke went up as the news finally came through: we had been granted a private audience with the Pope”

Living for the past fortnight in their pilgrim bubble had triggered some soul searching and one celebrity, comedian Stephen K Amos, was determined to ask the Pope a very personal question, which would strike the heart of the Catholic doctrine.

Incredulously, and with only one Vatican cameraman with a top mic allowed to capture it, Pope Francis spent half an hour with our pilgrims. As the scene unfolded, and Stephen asked his question, there was barely a dry eye in the room.

It was clear to everyone that we had an extraordinary, emotional and powerful ending to our journey.