BBC3 was the big winner at this week’s Broadcast Digital Awards, picking up five gongs including Channel of the Year. 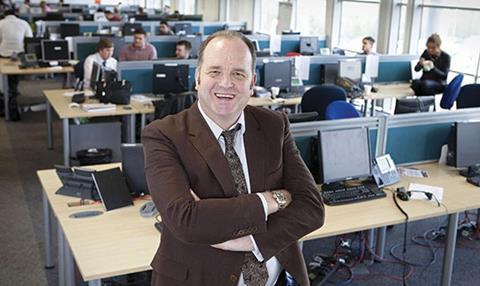 Meanwhile, its zombie drama series In The Flesh picked up Best Scripted Programme and The Call Centre was named Best Popular Factual Programme.

The success comes as the BBC Trust weighs up whether to rubber-stamp BBC plans to take the channel online next year.

Judges praised the breadth of its output across comedy, drama, factual and entertainment and its commitment to international current affairs.

Broadcast editor Chris Curtis said: “BBC3’s treble win at the Broadcast Digital Awards is a clear sign that the TV industry believes it is in rude health. Its challenge is to maintain that level of excellence as an online channel next year.”

Overall, the BBC won nine awards, including Best App or Website for a Programme for The Voice UK HomeCoach. Its multiplatform coverage of the Winter Olympics was recognised as the Best Sports or Live Event Coverage.

Comedian and broadcaster Adam Buxton hosted this year’s awards, which took place at London’s The Brewery on Wednesday 25 June.

Best App or Website for Channel, Strand or Genre
The Nick App

Channel of the Year (Sponsored by Sargent Disc)
BBC Three