Playwright Mike Bartlett’s naturalistic rendering of a marriage spiralling into turmoil quietly evolved into an addictive thriller that kept the nation glued to their TV screens last autumn. 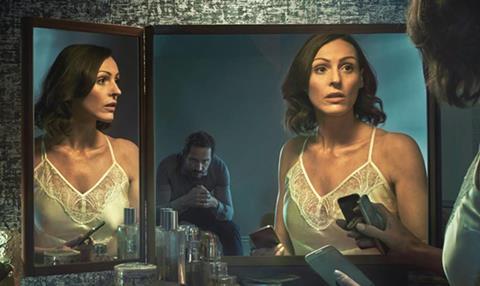 Drama Republic for BBC One

Playwright Mike Bartlett’s naturalistic rendering of a marriage spiralling into turmoil quietly evolved into an addictive thriller that kept the nation glued to their TV screens last autumn.

The 5 x 60-minute series hinged on the flawless portrayal of a woman gradually unravelling as she learns the details of her husband’s infidelity, played to critical acclaim by Suranne Jones in gripping scenes opposite an equally impressive Bertie Carvel.

The Drama Republic series averaged 6.2 million (30%) in overnight ratings across its run in the Wednesday 9pm slot, bolstered by Bake Off at 8pm and considerably ahead of the channel’s 4.3 million (20.3%) slot average. It consolidated to 8.1 million (31%).

The series finale, containing one of the most tensely uncomfortable scenes imaginable, became the second highest-rated BBC drama of the year after an episode of Call The Midwife, and just one month after the first series had aired, BBC drama controller Polly Hill confirmed that Bartlett was hard at work on a follow-up.

One judge described the series as having “a gripping storyline” and being “brilliantly executed, powered by an astonishing performance from the lead character”.

Another said Jones’ “portrayal of a strong, flawed woman character was refreshing and compelling”.

Humans was a uniquely stylish adaptation of the original Swedish series Real Humans, and gripped huge audiences over the course of its eight-part run on Channel 4 last summer.

Set in a parallel present, the series explored the moral challenges of a world where the must-have gadget for any family is a superhumanoid robot or ‘synth’.

The Missing
New Pictures and Company Pictures for BBC1

A cleverly structured psychological thriller, The Missing gripped a consolidated average of more than 8 million viewers and attracted more than 1,000 tweets per minute. It has been nominated for four Baftas, two

Golden Globes and two Emmys, and won two awards at Monte Carlo. A second series was commissioned before the first one had finished airing.

No Offence
AbbottVision for Channel 4

No Offence was a darkly comic cop drama from the makers of Shameless, starring Joanna Scanlan, Elaine Cassidy, Alexandra Roach and Will Mellor. The Channel 4 show smashed its slot average with an average of 2.3 million (9.6%) viewers, peaking with 3.6 million (14.7%).

Poldark was the highest-rated new drama of the year and BBC1’s highest-rated launch since Sherlock. The 8 x 60-minute adaptation of Winston Graham’s books averaged 8.2 million viewers, with a peak of 9.4 million, and created a new ‘Mr Darcy’ moment with a series-defining topless scything scene.