The channel has held its position as the UK’s highest-rated digital factual offering, with an astounding range of headline-hitting and quietly spectacular single documentaries 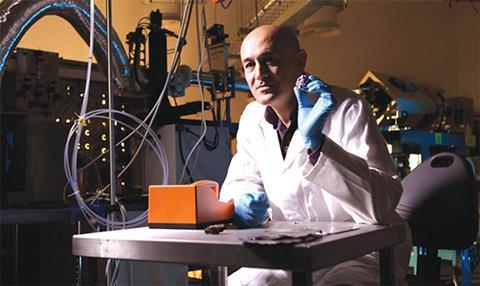 BBC Four continued to air insightful and original content across 2015, broadening both the themes of its programming and its audience.

The channel has held its position as the UK’s highest-rated digital factual offering, with an astounding range of headline-hitting and quietly spectacular single documentaries: Arena: Night And Day, Mumbai High: The Musical and the agonisingly revealing India’s Daughter.

The Storyville documentary not only shone a light on one of India’s most notorious crimes, but contributed to BBC Four’s efforts to appeal to a more diverse audience, with 38% of viewers from a BAME background.

As one judge said, BBC Four is “a steadfast and quality brand that successfully attracts new audiences and delivers more than is expected”.

Another highlighted the channel’s determination to “reach out with new offerings”. Among its biggest risks was the slow season, which grew from the hugely popular All Aboard! The Canal Trip. The real-time format quickly became a staple of the channel, which devoted 90 minutes to the life of a single oak tree and aired award-winning programmes on the crafting of a jug, a knife and a chair.

BBC Four has proved itself to be endlessly innovative, risk-taking and distinctive, despite operating under increasingly tight budgets. The judging panel said its 2015 output was “broad, intelligent and rewarding” in catering for a “demanding and loyal audience”.

It was its last year of linear broadcast, but BBC Three wasn’t taking its foot off the pedal, racking up a succession of critically acclaimed factual seasons, including Breaking The Mould on gender, Defying The Label on disability and Under The Skin on racism. Meanwhile, docu-dramas about weighty and disturbing social issues cut through, including Jack Thorne’s acclaimed Don’t Take My Baby.

In 2015, Discovery pledged to ‘make your world bigger’, with shows like Sean Conway: Running Britain and Idris Elba: No Limits. It ploughed ahead to expand its dominance in factual pay TV by taking a 20% category share and delivering double-digit growth for the sixth consecutive year, with revenue up nearly 600% since 2009.

History continued to establish itself as a leading factual channel throughout 2015. It scored a presenter coup with UK two-parter Sean Bean On Waterloo, in which the Sharpe actor tells the story of The Battle Of Waterloo from the soldiers’ perspective, and brought England cricketer Freddie Flintoff on board as a brand ambassador.

Shows like Rudall Rides With, featuring H&C’s star presenter Jenny Rudall on a hack with a top rider or celebrity, and Masterclass Xtra proved particularly popular on this specialist channel last year. Horse & Country also worked with two major distributors in 2015, acquiring Horse Town from Banijay plus Lakes On A Plate and Animal Saints And Sinners from Avalon.

Sky focused both on breaking news and improving its analysis during 2015, delivering rolling reports on the terror attacks in Tunisia and Paris and deeper analysis of the migration crisis, with big deployments between the Syrian border and northern Europe. On 14 November, Sky’s coverage of the Paris terror attacks peaked with 237,000.